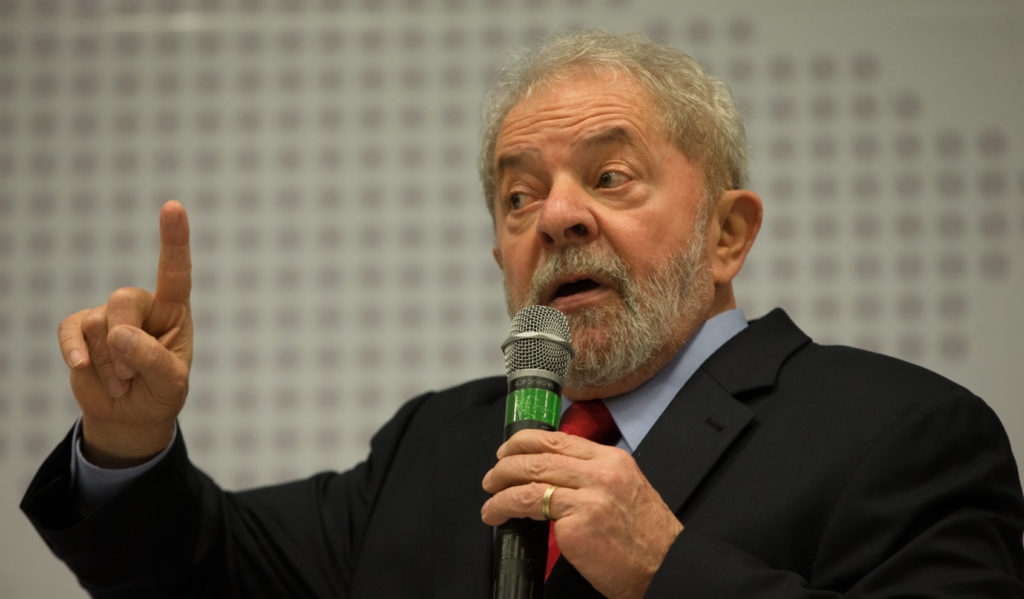 Brazil is sinking into negationism, militarization, anti-scientism, religious fundamentalism, disinformation, impoverishment, destruction of rights and militia activity. The country’s free fall has occurred since the impeachment without liability crime of Dilma Rousseff, a coup d’état with institutional appearance. The election of Jair Bolsonaro, notorious defender of the military dictatorship and torture, accelerated the implosion, partly because it belongs to his political project, partly because of management incompetence. In this context, the return to the political scene of former president Luiz Inácio Lula da Silva completely changed the Brazilian political panorama.

The annulment of Lula’s trials

On March 8, Judge Edson Fachin of the Federal Supreme Court (STF) ruled that the then Judge Sergio Moro and the Federal Court of Paraná didn’t have the jurisdiction to judge the trials in which Lula was convicted. These proceedings will have to be retried before the Federal Court of the Federal District. The convictions were annulled, Lula is no longer ineligible and the STF is still investigating Judge Moro’s alleged impartiality.

As recently acknowledged by Supreme Court Justice Gilmar Mendes, Lula’s conviction for corruption and money laundering was a flawed process. The period chosen for the investigation was that in which the Workers’ Party (PT) was in government, despite evidence that corruption at Petrobras and contractor companies began decades earlier.

The shadows of Operation Lava Jato

Former judge Sergio Moro, in a impartial action, plotted a strategy to convict Lula. The prosecutors of Operation Lava Jato were instructed by him on how to act and formed an inquisitorial team in which the judge was the chief prosecutor.

According to a column published in The New York Times, the Lava Jato case “was sold as the world’s biggest anti-corruption operation, but it became the biggest judicial scandal in Brazil’s history.” The operation’s problems came to light, starting in 2019 with the “Vaza Jato,” a series of reports based on private conversations involving Lava Jato prosecutors and Sergio Moro.

The reports highlighted a political persecution of the operation and even private economic interests of its operators. The Intercept Brasil’s scoop was complemented when the Federal Police arrested the hackers suspected of hacking the cell phones of Moro, prosecutors and other authorities.

The conviction compromised the 2018 presidential election, which put Bolsonaro at the helm of the federal government. Since 2016, Lula had led the voting intentions with about 15 points above the second candidate. By mid-2017 Bolsonaro was already appearing in second place and both were on an upward trend.

A month before the election, Fernando Haddad had to replace Lula as candidate. He had 6% of voting intention, compared to 39% of Lula thirteen days before. Finally, he ended up losing the election. Lula’s political imprisonment determined Bolsonaro’s victory and as a reward, he appointed former judge Moro as Minister of Justice.

The prosecutor who led Operation Lava Jato, Deltan Dallagnol, publicized his indictment at a press conference in 2016 with a slide showing Lula heading the criminal gang. He said he had “the conviction” that Lula was a criminal. Moro’s conviction was based mainly on testimony and alleged possession of real estate that isn’t in the former president’s name and has also not been proven to be related to bribes related to Petrobras contracts.

In plea bargains, criminals gain advantages in exchange for ratting out alleged accomplices, and this was a crucial tool in the case. In the conversations, Dallagnol is heard mentioning that the poor prison conditions will lead to the cooperation of Aldemir Bendine—former president of Petrobras and Banco do Brasil—in the complaint. The STF minister, Gilmar Mendes, stated in 2019 that it was known “very clearly that they used pre-trial detention as an element of torture.”

The impeachment without crimes of 2016

When Dilma Rousseff was ousted, the STF considered the impeachment legal without having a crime, refraining from defending the essence of the Constitution and limiting itself to observing that the rites were followed by the Legislative.

Opponents of the coup will always remember that those interested in removing the PT from power in an undemocratic manner had the collaboration of  the STF. Long before the Vaza Jato, this was evidenced in a dialogue between senator Romero Jucá—later minister of President Michel Temer—and Sergio Machado, president of Transpetro, a subsidiary of Petrobras.

Jucá revealed a conversation with “some ministers of the Supreme Court”, who affirmed that there wouldn’t be stabilization with Dilma. Machado pointed out that “the easiest solution” would be for Michel Temer to assume the presidency, “in a great national agreement”, to which Jucá complemented: “With the Supreme Court, with everything”.

The STF was divided on whether to condemn or support the abuses of Operation Car Wash (Lava Jato). In 2016, referring to STF Minister Luiz Fux, Dallagnol informed prosecutors on Telegram: “Dear ones, I spoke with Fux once again, today. In private, of course […] he said to count on him for whatever we need.” Former judge Sergio Moro commented to Dallagnol: “In Fux we trust.” In 2015, Dallagnol met with Judge Fachin and celebrated with other lawyers, “Aha uhu, Fachin is ours!”

Lula’s return and the beginning of a new chapter.

Now that Supreme Court Judge Edison Fachin has brought Lula back into the political ring, interpretations proliferate as to why a Lavajatista like him made such a decision: does he seek to avoid his future defeat in the STF? Did he try to save Moro and Operation Lava Jato? or does he believe that Lula will be convicted in the Federal District?

In any case, the climate is different now: Lula is not cornered, Bolsonaro is losing popularity and the motivations of the Lava Jato case have been put into question. In the anti-democratic elections of 2018, without Lula and under the influence of fake news, Brazil has chosen fascism, boosted by an anti-PT feeling.

Now, a recent poll published by the Ipec Institute—which probes support in a theoretical ballot among ten potential presidential candidates and a rejection level for each of them—shows Lula with the greatest potential for victory. And despite the impressive resistance of almost a third of Brazilians loyal to the fascist project, there is a new opportunity. Yet for those who survive the pandemic.