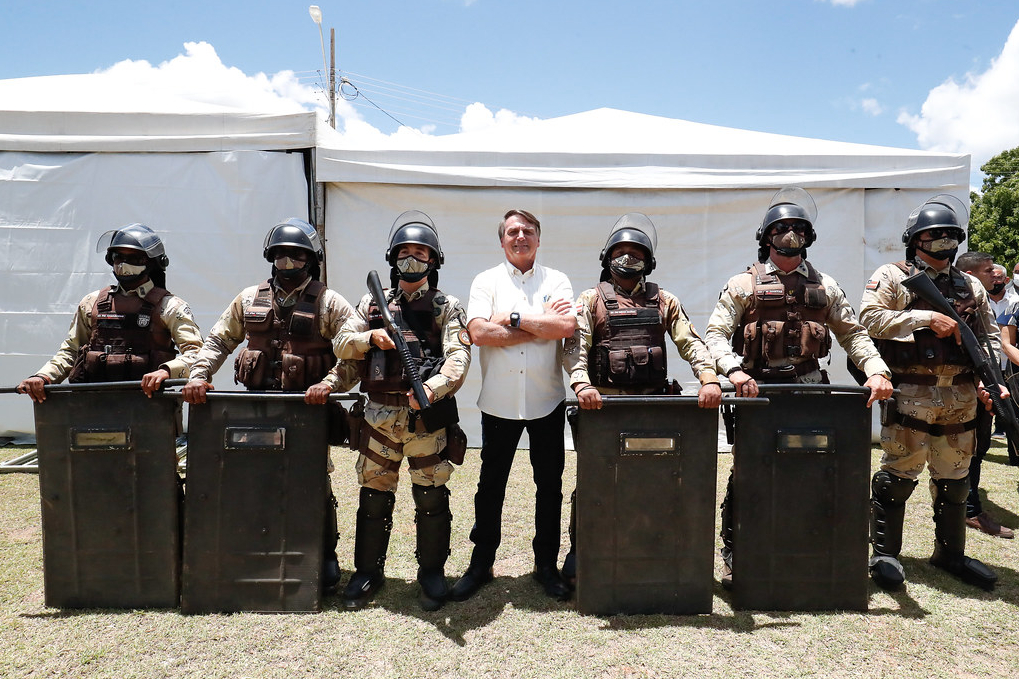 When then Brazilian President Dilma Rousseff suffered a parliamentary coup in 2016, the plan of the main actors involved was clear: the presidency should leave the hands of the Workers’ Party (PT), left leaning and winner of the last four elections, and fall into their lap.

The right-wing Brazilian Social Democracy Party (PSDB), the main opposition to the PT, had been defeated in the second round in all of the last four contests, but believed that it would finally win the next election. The Brazilian Democratic Movement Party (PMDB), considered to be of the center and until then part of the PT’s base, would assume the presidency immediately through then vice-president Michel Temer. It was the third time that the party had occupied the position, always through vice-presidents, since it had never had a competitive candidate.

Contrary to what these actors predicted, the criticism of the PT and the subsequent conviction of Luiz Inácio Lula da Silva, the leader of the Workers’ Party, favored the coming to power of Jair Bolsonaro.

The search for the “third way”

After the 2016 parliamentary coup, mainstream media pursued the PT in a partial way, imagining that the traditional politics aligned to its partners in the business community would return to the usual modus operandi. However, it was not enough to overthrow former President Dilma Rousseff, because former President Lula was favored to win a third term.

Also geared to that elitist and anti-democratic vision were the members of Lava Jato in the Judiciary and the Federal Public Ministry.

The operation culminated in Lula’s arrest in 2018 in a trial riddled with irregularities, with conviction without material evidence and in violation of due process of law. He was the clear leader in the polls, which, from then on, were predictably led by the second-placed candidate: Jair Bolsonaro.

Thus, that hitherto irrelevant politician, known for defending torture, authoritarianism and all sorts of prejudices, achieved the previously unthinkable feat of becoming president. He would never have made it were it not for the consortium committed to removing the PT from power.

Those who imagined that the exit of this party would reward some more “balanced” sector of market defenders were mistaken. The criminalization of politics did not only affect the left. The search for someone who does not represent the “old politics” has sunk large establishment parties, facilitating the rise of elements linked to gun lobbyists, police repression and/or paramilitary criminals.

Even without Lula, the PT’s candidate in the 2018 election, Fernando Haddad, had gone from 6% of voting intentions, a month before the election, straight into the second round. That right-wing that led the coup in 2016 tried to counter as a balanced “third way,” a “democratic center,” presenting Haddad and Bolsonaro as if they were equivalent, left-wing and right-wing extremists.

Lula’s return as a potential candidate reinforces the tendency for the PT to be the main opponent of Bolsonarism. However, the so-called “third way” seeks to highlight the anti-PPetista sentiment, created and fertilized by the legal-media massacre that linked the label “corrupt” to the party, repeating the narrative that brought the current president to power.

The dispute for this space outside the supposed “populism and radicalism of left and right”, valued in the mainstream media, involves several prominent figures. Some of them have made this position official by uniting in the so-called “Manifesto for Democratic Conscience”. They are the governors of the PSDB in the states of São Paulo and Rio Grande do Sul, João Doria and Eduardo Leite, the popular television host Luciano Huck, the former presidential candidates Ciro Gomes and João Amoêdo, and even Luiz Henrique Mandetta, one of Bolsonaro’s four ministers of health since the beginning of the pandemic. The latter became famous by not accepting to be complicit in the government’s unscientific irresponsibility in the face of Covid-19.

Ciro Gomes is the only one in the group that did not support the coup in 2016, does not defend the radicalization of neoliberalism and did not vote for Bolsonaro, but his strategy is to attack the PT, neglecting that anti-Petism is the father of Bolsonarism. Luciano Huck, a celebrity outside institutional politics whose fame comes from his sensationalist welfare program on TV, declared that he never voted or would vote for the PT, and that Bolsonaro had “the golden chance to resignify politics in Brazil.” In fact, he did…

The Armed Forces and the consolidation of a fourth way

While the “democratic center” claims to oppose the Bolsonaro authoritarianism that it helped make possible, a fourth way is being consolidated: since the coup, there has been a militarization of Brazilian politics, which has accelerated with Bolsonaro.

In the protests against Dilma Rousseff there were always posters calling for the return of the military. Upon taking office, Michel Temer recreated the Institutional Security Cabinet, commanded by a general opposed to the National Truth Commission. He also appointed a general as defense minister, which had not happened for more than 15 years. And he authorized a federal military intervention in Rio de Janeiro’s security policy, with powers over the governor himself.

Bolsonaro, himself a retired captain, chose General Hamilton Mourão as his vice-president. Elected, he appointed the military to a record number of positions holding much of the federal budget, including ministers. Even in the Health portfolio, after firing doctors who judged that his policy of denying the fight against the pandemic went too far, he appointed a general as minister: Eduardo Pazuello left his post when the number of daily deaths from Covid-19 in Brazil approached 2,500 (today they exceed 3,000).

Due to pressure from the ruling party in Congress, Bolsonaro had to reluctantly fire Chancellor Ernesto Araújo. The minister had become worn down after repeatedly offending China, sticking it to Donald Trump, and making it difficult to buy vaccines, exactly as Bolsonaro wanted.

Soon after, Bolsonaro made new changes in the ministries, seeking unconditional loyalty. He appointed a Federal Police delegate as the new Minister of Justice, in order to ensure support among police officers. He appointed a first-term congresswoman, favored by the center-left, to be his political articulator, with the intention of facilitating agreements with clientelist sectors of Congress.

The exoneration of the general that occupied the Defense Ministry, however, is the most complex case. He had declared that the Armed Forces are state institutions and not governmental and did not support the state of siege that Bolsonaro was planning. Soon after his resignation, the commanders of the three-Armed Forces also handed in their resignations, en bloc, something unprecedented in the country. The Army’s was already shaking with the president. If Bolsonaro intended to show that he was in command, the result was the opposite.

However, there are generals still loyal to him, such as Augusto Heleno, current head of the Cabinet of Institutional Security, and his special advisor Eduardo Villas-Bôas, both with recent history of threats to the Supreme Court. Another is Walter Braga Netto, who commanded the federal intervention in Rio de Janeiro. In the government’s ministerial reform, he left the Civil House to occupy the Defense Ministry.

Since the Armed Forces act without transparency, it is difficult to predict the consequences. It is unlikely that they will now withdraw from politics again, as their constitutional duties would recommend. Even though they are entrenched in government structures, their move to detach themselves from Bolsonaro’s worn-out image as an international pariah, dubbed a “genocidal” by fellow countrymen for actively contributing to an unparalleled deadliness in this pandemic, is calculated.

It could be the way for the Armed Forces to return to the Presidency, without a clumsy middleman. Last time they did, they stayed for 21 years, violating human rights.