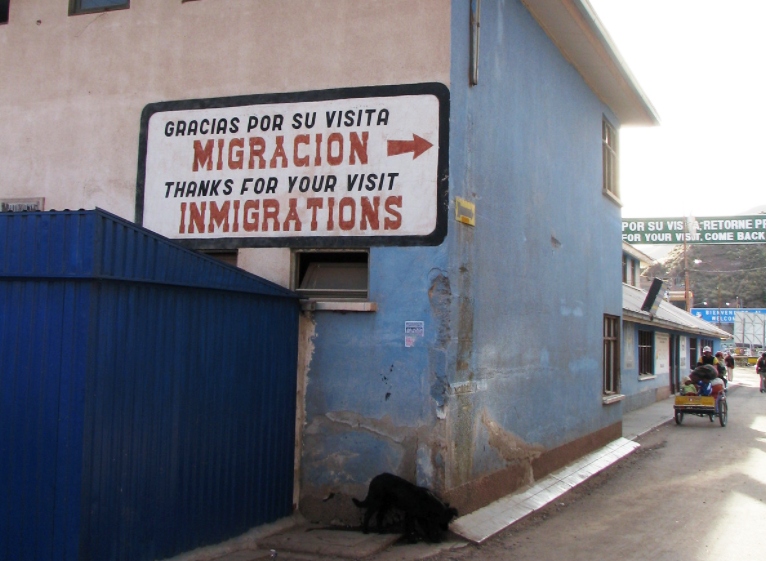 The emigration of 5.6 million Venezuelans since 2015 means that South America is undergoing the largest forced displacement in the region’s history. On March 1 2021, the Colombian government, the main receiving country of Venezuelan migrants, issued an Executive decree that made headlines across the world. Decree 216 of 2021 could potentially regularise around 2.5 million forcibly displaced Venezuelans residing irregularly in Colombia.

If successful, this would be one of the largest regularization processes in the world. Why did the Colombian government make such a ‘risky’ decision? It did so, I argue, because the Colombian government followed a typically South American ‘state control + human rights’ approach to migration governance, which rests on an understanding of migration as an ‘inevitable’ phenomenon.

I call this approach ‘state control + human rights’. Its underlying logic is the inevitability of migration, given that states are unable to prevent people from moving and that it is not possible to effectively control all borders. Following this logic, migrant regularization is the solution to irregularity. Migrant regularization can benefit both states, by increasing state control over its population, and migrants, by extending their access to rights.

This logic contrasts with that prevailing in many other parts of the world where  preventing ‘undesired’ migrants means using detention and expulsion as ‘solutions’ to irregularity. Colombia’s regularisation decree is based on a distinct South American approach to migration governance.

But as the crisis in Venezuela worsened and the number of emigrants increased, compounded by the health and economic crisis caused by the COVID pandemic, many governments adopted restrictive measures, aimed at preventing new arrivals.

South American governments did not agree on the legal status that should be given to Venezuelan emigrants: should they be given refugee or migrants status? Nor did they agree on a common approach for regularisation of displaced Venezuelans. This led analysts to affirm that national approaches prevailed over regional ones.

On this point, I argue in contrast that, despite the lack of formal regional coordination, the policy responses of some of key receiving countries are actually based on a common South American approach to migration governance.

The key regional countries that I’m referring to are Argentina, Brazil, Colombia and Uruguay. I a recent article, I named them the ‘Atlantic + Colombia’ group. The governments of these countries have actively sought alternative regularization and protection mechanisms for the medium- and long-term, which are based on a regional approach to migration governance.

Argentina and Uruguay unilaterally extended the Mercosur Residency Agreement (MRA) to Venezuelans, despite Venezuela not having ratified it. This provides a two-year residence permit, which could eventually be turned into a permanent permit. According to the R4V platform, Argentina and Uruguay have issued the most residence permits in relation to the total Venezuelan population residing in their territories.

Brazil adopted a decree which basically extends the provisions of MRA to ‘neighbouring countries’ and, unlike its neighbours, has also recognized thousands of Venezuelans as refugees, based on the regional Cartagena definition of refugee.

Colombia merits further attention because it has very limited experience as a receiving country. The arrival of 1.7 million Venezuelans in just three years is a major challenge for the Colombian state. Colombia had initially adopted short-term stay permits. But, as the text of the Decree 216 of 2021 admits, these permits had little success and more than half of the Venezuelan population in Colombia has an irregular migratory status.

This is part of the justification that the Colombian government gave for the adoption of this regularisation programme that provides Venezuelan immigrants with a 10-year residence permit, which can eventually be turned into a permanent one. The other part of the justification is based on a longer-term perspective of immigrant integration into the country, which would benefit the Colombian state.

As clearly stated in the Decree, irregularity results in a lack of information about the resident population which negatively impacts the economy and state’s control over its territory and population. Irregularity also fosters human rights violations which, in turn, prevents migrants from ‘contributing to the growth and development of the state’. So, the solution to irregularity in the context of large-scale displacement is regularisation, not deportation.

This logic of regularisation is based on the understanding of migration as an inevitable phenomenon. As Colombian government officials have recently stated, ‘the idea of an open or closed door is absurd’ because ‘it is impossible to control every centimetre’ of such a long and geographically complex border. From their perspective, Venezuelans will keep entering Colombian territory, ‘with or without migratory statute’ due to the extreme situation that Venezuela is going through.

This does not mean that South America should be a world example of migration governance. There are many problems in the region, including implementation issues, episodes of xenophobic violence and discrimination and anti-immigrant rhetoric. However, initiatives such as the Colombian Temporary Protection Statute, if successful, can extend access to rights to hundreds of thousands (if not millions) of people. More than this, it is being adopted in a context of limited state capacities.

A ‘state control + human rights’ approach to migration governance is distinctively South American and builds from the development of a regional migratory regime that liberalises residence and facilitates mobility. This regime was developed in the 2000s and has a strong human rights rhetoric. Many analysts have argued that with ‘turn to the right’ in South America, there was also a ‘restrictive turn’ and national-based approaches in regional migration governance, but a regional approach is still strongly evident.

Specialists in the field, Riggirozzi and Ryan, have recently argued that ‘certain elements of regionalism survive in a broader way, […] as long-term developments that fit into a grander dialectical narrative in the development of cross-national policymaking’. The approach of the ‘Atlantic + Colombia’ group illustrates what is meant when it is argued that regional approaches survive ‘in a broader way’.

Photo by Lorenia at Foter.com 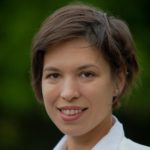 Internationalist and researcher at the European University Institute (Florence, Italy). PhD in Social Sciences from FLACSO-Argentina. Her main areas of interest are regional integration and migration policies.