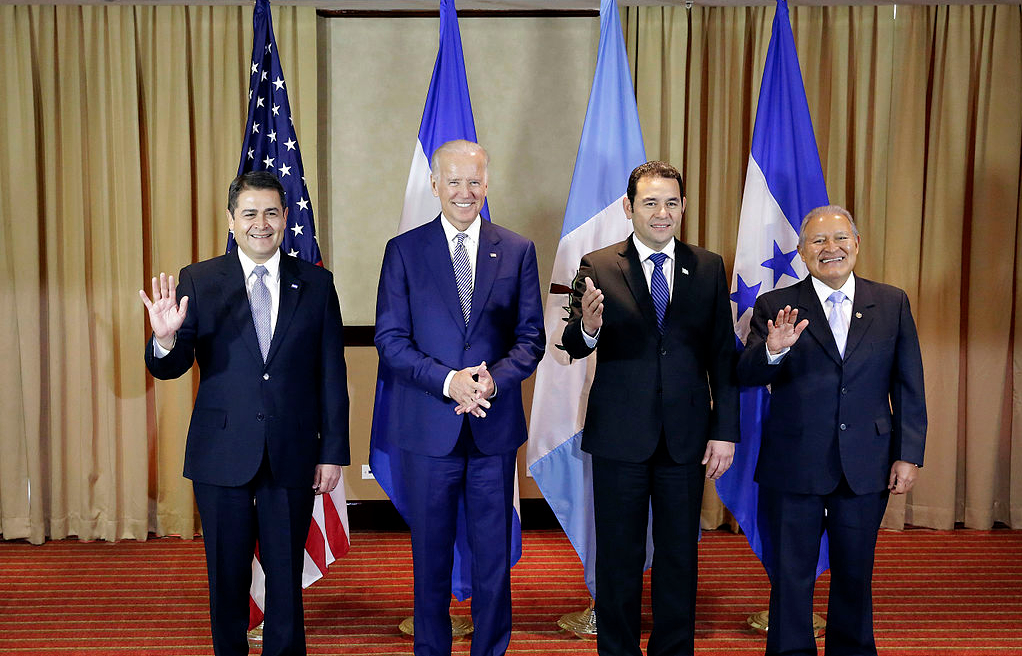 With regard to the Northern Triangle, Donald Trump’s administration has repeatedly appealed to the old US policy of the stick and the carrot, but even so, it was more than benevolent when it came to disbursing aid of all kinds. In this way, it maintained its power and ascendancy over three countries’ administrations. With that duality, it kept them with Jesus in their mouths, as our grandmothers used to say, as a way of disciplining them and adding them to its interests, regardless of what happened in each country.

Contradictions of the Trump administration

Thus, Trump launched lightning bolts, describing them as “shitty countries” (sic), full of corrupt people and drug dealers. But on the other hand, the administration collaborated with the military and police, while providing funds to neutralize the very serious problem of irregular migrations or for humanitarian actions which, due to the prevailing corruption, mostly ended up in the pockets of unscrupulous officials.

As expressed by the analyst Carmen Rodriguez last December for the Anadolu Agency, “the change in US policy towards the countries of the Northern Triangle of Central America for the next five years is already marked (…) The changes include cuts in military aid and the publication of a list with the names of officials of the three countries linked to cases of corruption or drug trafficking. The Department of State (DOS) headed by the Biden-Harris Administration will focus its policy in the region on attacking corruption in the governments of the three countries and on the main causes of migration” (sic).

Meanwhile, according to Guatemalan-born Democratic Congresswoman Norma Torres, who has a strong record of fighting corruption in the Northern Triangle countries, if corrupt officials are denied support, the region could enter a period of greater stability and thereby minimize irregular migration northward.

Her position is considered overly optimistic because, even if the prevailing corruption is largely eradicated, other factors are key to significantly improving the situation of Central Americans. Among them, the improvement of the economy, providing, among other measures, greater job opportunities: something that is not achieved overnight, no matter how much effort is put in.

In 2018, Torres promoted a law amendment that was approved in 2019, which obliges the State Department to periodically publish a list with the names of corrupt officials from the Northern Triangle. In the intervening time, the White House published truly laughable lists, as it omitted the inclusion of serving officials with very serious allegations, but did include other characters who were on trial in their own countries or in the United States, for relations with organized crime.

The new initiatives that Norma Torres is promoting have similarities with the Alliance for Prosperity, a plan for the Northern Triangle designed and implemented during the Barack Obama administrations. These new policies are framed in the Omnibus Bill, a bill that was approved last December by Congress and ratified by Donald Trump, whose actions would go into effect 180 days after its enactment.

As vice president, Biden was the coordinator of that Alliance, which had few positive results because it did not seriously deal with neutralizing the prevailing corruption in the region. However, Torres highlights that, while Trump was only interested in signing agreements to combat irregular migration, Biden, at the time, worked in the region, knows it and is aware of the problems of corruption and the relationship of much of the political and business leadership with organized crime, mainly in the form of drug trafficking.

As previously stated, although incomplete, there is already a list of corrupt individuals, but it is expected that the list be drawn up as a result of the Omnibus Bill, which will be known as the “Engel List,” as it was proposed by Representative Eliot Engel, will be more complete and will include names that to date have remained outside of the Norma Torres amendment.

Based on this list, the United States will cancel visas, permits, diplomatic appointments and other statuses not only to government officials linked to corruption cases, but to all those who are related to these types of crimes. In addition, it is expected that the U.S. Justice will have the tools to include in its actions those who are alleged to be related to drug trafficking, a crime for which the U.S. Attorney’s Office of the Southern District of Manhattan, New York, may take action against foreigners who are not in the country.

The sanctions in the framework of the Omnibus Bill even reach family members and personal relations of the officials mentioned, in case they have contributed in one way or another to the imputable crimes. The matter does not stop there, but the charges may include those who perpetrate or promote harassment, violence or direct intimidation against state officials or non-governmental referents for their actions against acts of corruption.

According to Congressional recommendations to implement this law, investigations against public officials or individuals outside the state structures of El Salvador, Honduras, and Guatemala will be led by the White House and the U.S. Departments of State and Treasury, in coordination with U.S. embassies and the authorities of the country involved.

The sanctions envisaged include cuts in military aid, for which the State Department is prohibited from “financing or supporting purchases of weapons or military equipment” for the armed forces of the three Northern Triangle countries.

On the other hand, the document indicates that the U.S. government must ensure that threats and attacks against journalists, union leaders, environmentalists, human rights defenders or activists and other members of civil society are properly investigated and those responsible for such crimes are brought to justice.

Photo by US Embassy Guatemala on Foter.com / CC BY-NC-ND