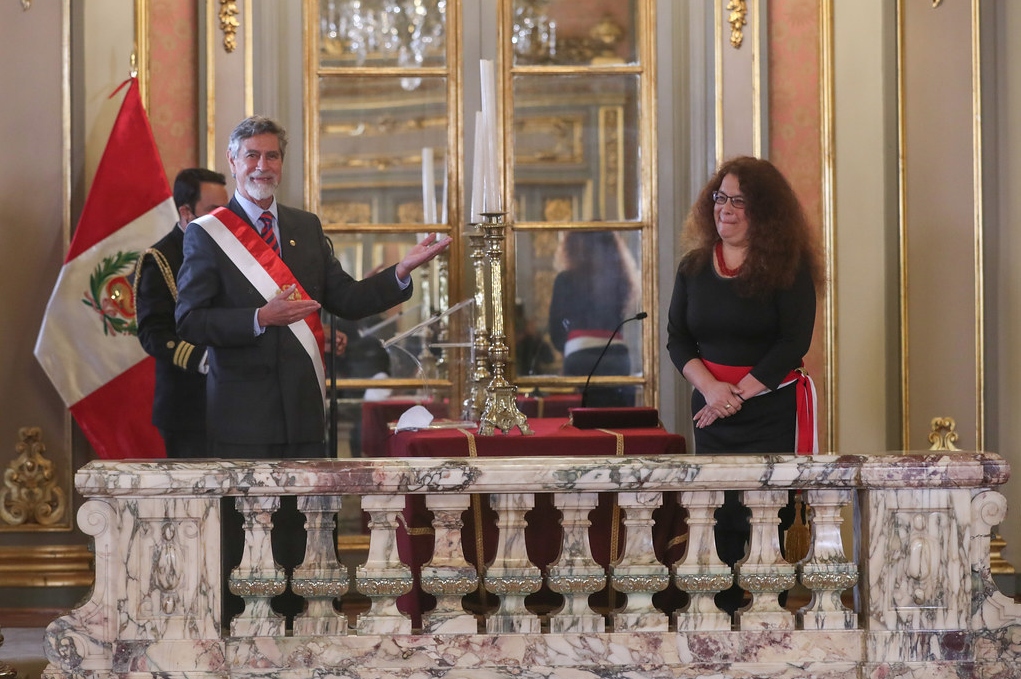 The recent political crisis in the Andean country shows that there are no longer “saviors of the Fatherland” who rise to power through coups d’état, and that is good; Peru is being rescued from literature, culture and the handful of politicians who are not burdened with corruption. It seems that they have found the right figure, an interim president -Francisco Sagasti- whom they call “Don Quixote”, to put the political process back on track after the institutional vacancy caused by the dismissal of Martín Vizcarra.

The reference to the phrase that Mario Vargas Llosa put in the mouth of his leading character -Zavalita- in Conversation at the Cathedral is inevitable: everyone is asking “At what moment was Peru screwed up” in order to address the institutional crisis that arose after President Vizcarra was removed from office by a parliamentary majority.

Everything began to go wrong thirty years ago, with the arrival of Alberto Fujimori to the presidency in 1990

Everything began to go wrong thirty years ago, with the arrival of Alberto Fujimori to the presidency in 1990, when he decided to close the Congress and become an elected dictator in April 1992. After almost a decade in power, he left a battered democracy. Of the nine presidents that Peru has had since the end of military rule in 1980, seven have been convicted, charged with scandals or with ongoing judicial investigations.

Fujimori is serving sentences for crimes and corruption. Alan García committed suicide before being arrested, Alejandro Toledo was released on bail in the U.S., Ollanta Humala is on probation, and the most recent, Pedro Pablo Kuczynski -dismissed- under the spotlight for the Odebrecht scandal, Vizcarra -also removed- was investigated for alleged bribery when he was governor, and the short-lived Manuel Merino, for the death of two demonstrators. Only Fernando Belaúnde Terry (1980-1985) and Valentín Paniagua, who governed for eight months in 2000-2001, emerged unscathed from this shipwreck of his political class.

The debacle of the traditional political parties also generates that in the Peruvian Congress personal and factional interests prevail. But it can also be seen in another way, broadening the focus of its history: the last twenty years are one of the longest periods of democracy in Peru, considering that in the 19th and 20th centuries autocratic military or civilian regimes predominated.

Likewise, as it happened in other countries of the region, the representative institutions and the democratic rules survived in this period three simultaneous collapses, on the side of the political regime and on the side of the socioeconomic model: that of the “emergency presidentialism”, played as a formula of governability, that of the traditional forms of political representation dominated by big parties, and that of the neoliberal reforms, as a program that gave way to the action of the government.

In its conjunction, and in order to add one more conceptual artifact to the categories with which political science sought to explain the drifts of Latin American democracies in those years, we call the model that dominated during the last decade of the last century “market presidentialism” (a composite of political decisionism and denationalization of the economy).

Another factor to take into account is the tension between these “transitional parliamentarisms” and the political regime and traditional political culture, which remains strongly presidential. The fact that presidents who have emerged from “parliamentary power” may have greater institutional resources than presidents who have been consecrated by popular vote but who have been strongly worn out in the exercise of their government is not to be considered, in this case, as an anomaly. In the Peruvian case, if twenty years ago it was the crisis of hyper-presidentialism consummated by Fujimori that led to the effort of parliamentary rescue, now it is the Congress itself that must rebuild the damaged presidential institution.

The hopes of the rescue are placed in a new president who has emerged from Congress, Francisco Sagasti Hochhausler; a 76-year-old industrial engineer with vast academic and managerial experience in his country and in international organizations, who appears to be an appropriate figure to lead a transitional government until the elections in April next year: a moderate, intellectually capable and socially committed man, and not – so far – peppered with allegations of corruption, it has been a long time since a figure of this stature has appeared in the firmament of Latin American political leadership.

Sagasti is called “Don Quixote” because of his physical appearance and style. And he began well: upon assuming office, he expressed his shame for the behavior of his country’s political class and vindicated the young people of “the Bicentennial generation” who took to the streets to demand respect for the popular will. The new head of the Cabinet, which will include eight women out of a total of 19 ministries, is attorney Violeta Bermúdez, 59, an expert in constitutional and gender issues. The ministerial cast also includes the first woman, Nuria Esparch, as head of the Ministry of Defense and three former collaborators of the deposed President Vizcarra.

There are no longer any providential men or women who consider themselves “saviors of the Fatherland”, is a fact to be highlighted. Perhaps it is not bad either that the storm pilot who can take that ship to a good port has something of the Ingenious Hidalgo, between literature and politics, imagining other possible worlds to make his way through so many misfortunes and calamities.