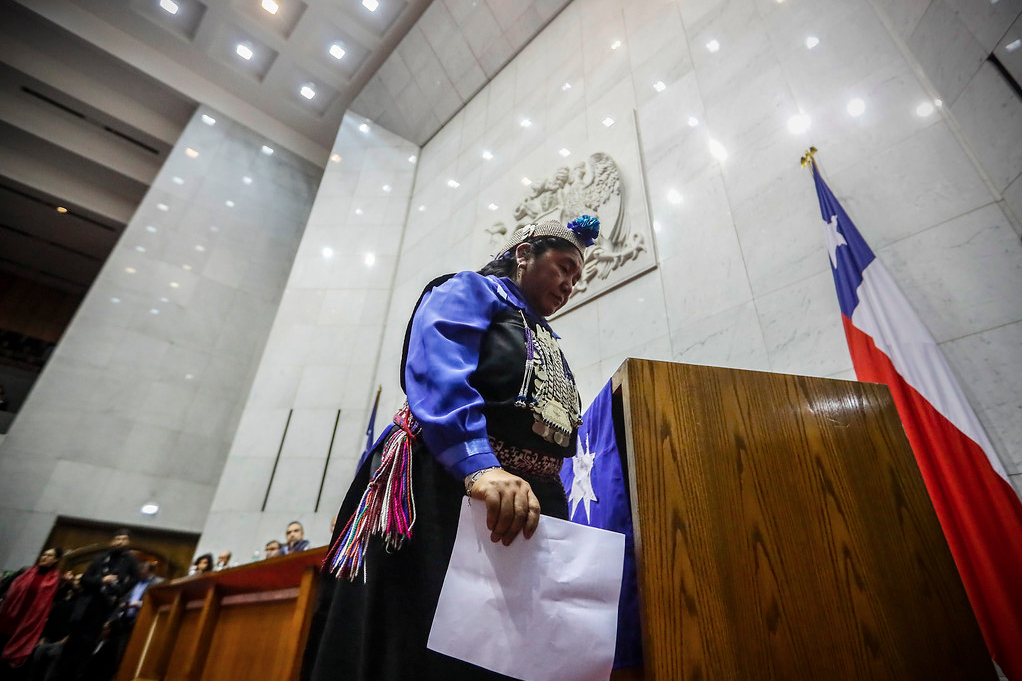 The presidential elections in Ecuador have given visibility to the participation of indigenous peoples in institutional politics. Yaku Pérez, the candidate of the Pachakutik party, a political instrument of the Confederation of Indigenous Nationalities of Ecuador (CONAIE), came within a hair’s breadth of participating in the ballotage. Probably not since the first triumph of Evo Morales in Bolivia in 2006 has Latin America seen such a close possibility of access to power for an indigenous organization leader.

In the case of Chile, the possibility of an indigenous leader coming to power is still far from reality. The Andean country, which, since the street protests that began in October 2019, seems to have lost its proud stamp as the epitome of democratic quality, has always maintained a problematic relationship with indigenous communities.  Despite the fact that the latest census indicates that more than two million citizens self-identify as members of one of the ten existing indigenous peoples, the country does not constitutionally recognize the existence of these communities.

Lack of recognition of indigenous peoples

The state’s conflict with the Mapuche people is the most covered by the media and unfortunately the most violent. However, the rest of the peoples also see their territories threatened by extractive projects, collective rights sullied, languages gradually disappearing and culture and knowledge folklorized or made invisible. All this is a source of tensions and conflicts of varying magnitude throughout the country.

In terms of institutional presence, the situation is not much better. Indigenous communities have been and are secondary actors with a marginal presence in state institutions. Both in the case of elected and appointed positions, their presence is minimal, and they rarely have access to local power.

In this context, the debate on the reform of the Magna Carta opened a window of opportunity to introduce the possibility of reserved seats for indigenous peoples in the Constitutional Convention.  However, it is impossible to ignore that the decision on these quotas was made after a referendum and was riddled with problems.

The indigenous quota in the new constitutional project

In mid-December 2020, the Chilean Congress approved 17 reserved seats for indigenous peoples. Despite being a milestone, its adoption was overshadowed by a poor level of parliamentary discussion, especially on the part of the ruling party. In addition to this, one must factor in the delay in approval, the fact that the quotas were subtracted from the 155 approved in the referendum, the exclusion of people of African descent or the fact that the demand for self-identification requested by the indigenous peoples was not met. The latter obliges these communities to carry out a registration and ethnic ratification process in the middle of the pandemic that the rest of the population does not require.

The law approved by the assembly stipulates 17 seats be reserved for representatives of native communities in the Constitutional Convention: seven for the Mapuche people, two for the Aymara and one for each of the remaining peoples. These will be elected, unlike the rest of the constituents, in a single district at the national level and there will be one ballot per village. Each one of these will have the candidates of that village, including an alternative of the opposite sex. This condition will be applied in the election of indigenous constituents in order to comply with the principle of parity.

The future of indigenous representation

Chileans voted for the constitutional reform knowing that parity quotas would be established for the Convention and that the participation of independent candidates would be recognized, but without knowing that indigenous quotas would be included. This was not due to a slip or mistake, but is one more example of the fact that native peoples are secondary actors in Chilean politics.

They were not part of the construction of the nation state nor were they included in the country’s project, led by an elite that saw them as barbarians at odds with development and modernity. Today, two centuries later, the heirs of that elite are still reflected in that modernity built on the idea of morenidad (blackness), as pointed out by the national literature prize winner Elicura Chihualaf. It is not unreasonable to affirm that if it were not for the continuous political action of these communities, their inclusion in this new constitutional conjuncture would not have been possible either.

Based on the above, a scenario can be envisaged in which the constituent convention becomes an efficient dispute scenario for the indigenous movement. It does not only give visibility to this collective, but also adds historical demands such as the recognition of land and territory, autonomy, self-determination or even the adoption of the idea of plurinationality, which has emerged strongly in recent years.

The presence of indigenous representation is undoubtedly an advance. However, the composition and especially the quorums required for the agreements make it very difficult to achieve these demands and it is likely that the reserved seats will only constitute a belated constitutional recognition and, perhaps, some other minor achievement. In other words, nothing that questions or threatens the root of the extractivist model or that grants collective rights to indigenous peoples.

The process itself does not seem to be a prosperous sign for the discussions that will take place in the constituent assembly. However, one thing that can be affirmed is that the country’s indigenous organizations and movements will continue to fight for the realization of their rights from different spheres, inside or outside of institutions.