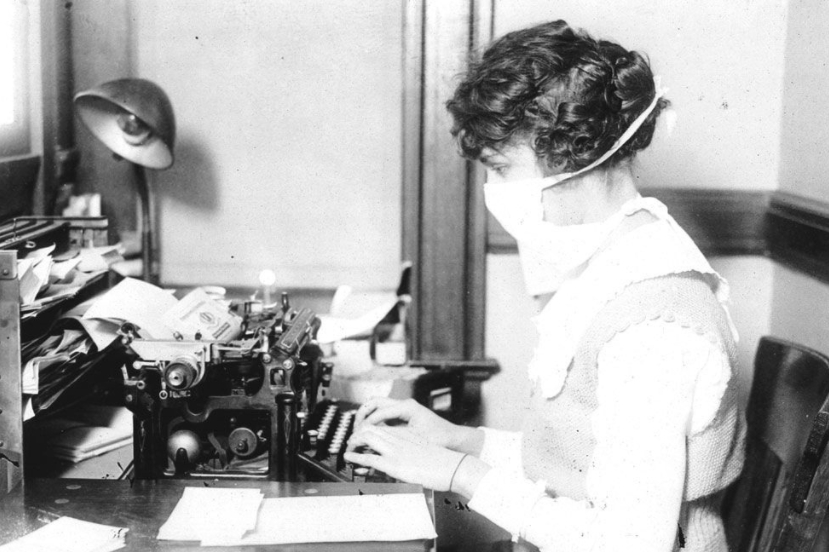 Following a reference to the so-called “Spanish Flu” in an academic session of the Center for the Humanities of my own university, I didn’t resist the temptation and questioned the tenacious identification of the worst pandemic in modern history with Spain. I suggested that these references should be accompanied, in written information, with a footnote, or with a verbal clarification, stating the erroneous national “authorship”.

My daring suggestion was “rewarded” by Hugh Thomas (the coincidence of the name is ironic), director of the Center with the mission of finding a Spanish expert to help elucidate the damaging identification. It was also convenient to point out the causes of the “Spanish flu” pandemic and its consequences. As an additional mission, it was recommended to point out its parallelism with the current tragedy.

I satisfactorily confess that I learned a lot from the experience, beyond having had the honor of contributing to a better insertion of ​​Antoni Trilla, University of Barcelona’s Dean of the Faculty of Medicine, in the academic community of my institution. Although no speculative news was revealed during the program, it did help us assimilate fundamental aspects that shouldn’t be forgotten.

Identification of the pandemic with Spain

In the first place, for those who could still be confused by the national identification of the pandemic with Spain, the mysterious “Spanish” origin is curiously due to a classic political-historical peculiarity of my home country. The pandemic that occurred more than a century ago appeared at the dramatic end of World War I. The fighting countries, practically the entire planet, hid the explosion of the virus that affected half of the world’s population and caused more victims than the war itself, because advertising it would’ve reduced the necessary recruitment of draftees or volunteers. Hence, strong press censorship was exercised. Spain, neutral in the war, didn’t apply this measure and the news circulated freely.

As a result, the disease was identified as of Hispanic origin, while the most serious investigations have traced it to a regiment of the U.S. Army based in Kansas. From there, it spreaded throughout the United States and then shipped to the battle fronts in Europe by American troops. Apparently, the trafficking of Spanish and Portuguese workers to France, where they filled the gap of the agricultural jobs left by French soldiers, contributed to the most complete legend of the Spanish origin of the virus.

This episode confirms once again a badly-deserved Spanish peculiarity. Spanish governments, frequently—and yet rightly— labeled dictatorial, on this occasion boasted about freedom of the press in the country. As the erroneous adjective was endorsed, Spain didn’t know to shed the unfair qualifications, as has been frequent in history. The “label” of the “Spanish” Flu is one more example of the failure in the official public relations mechanisms. This identification fits with the exclusive Spanish blame of the Inquisition, the monopoly of the slave trade in the Americas and the annihilation of indigenous peoples.

​​Antoni Trilla’s presentation contributed to the understanding of the pandemic’s enormity and to the warning that such phenomena are practically impossible to eliminate completely. Its consequences survive their apparent exhaustion. This innate detail should lead us to meditate on two specific cases of contamination from the “Spanish Flu”, which were suffered by the leaders at that moment in time. One was the American president Woodrow Wilson, and another was the Spanish king Alfonso XIII.

Wilson, at his residence in Paris, suffered from a mysterious ailment that left him out of action for a long convalescence and which was later recognized as a case of the epidemic. Apparently recovered, the American president wasn’t strong enough to prevent his European partners from applying the strict punitive measures on Germany in the Treaty of Versailles. Furthermore, his innovative design of the League of Nations, an utopian precedent for the United Nations, was shamefully vetoed from American membership by the Senate itself. The reconstruction of Europe was born deadly wounded. The disaster was then exploited by Hitler.

Meanwhile in Spain, Alfonso XIII was apparently recovered from the virus. But in the 1920s, a string of disastrous events were caused indirectly, or tolerated, by the monarch. The tragedy of the war in the territory known today as Morocco, the military reaction in northern Rif (where Francisco Franco’s stellar career began), the handover of power to General Miguel Primo de Rivera, the Second Republic, the Civil War and the Franco dictatorship are multiple successive lessons about the absence of the monarch’s authority, a character who, apparently, didn’t overcome the disease.

The current diagnosis of Covid-19’s sequelae in certified healthy victims (amnesia, imperfect locomotion, mental irritation, defective vision) should lead us to recommend that government’s leaders should receive favorable treatment in the administration of vaccines and then in their healing.

Who can certify that Donald Trump made a miraculous recovery after his ailment and the surreal limo ride? How much of his behavior, before and after the assault on the Capitol, can be attributed to the virus’ survival? Are those in the Senate, who are opposing the punitive measures of delayed impeachment, really vaccinated? Remembering Wilson and Alfonso XIII can help.