The world is becoming more and more technological. Reflecting a more connected society, consumers are looking for convenience and agility when making their monetary transactions. Contact and contactless digital-payment methods, home delivery, digital credit, free billing, biometric technologies and cryptocurrencies are on the list of options already used in commercial transactions. In history, we have witnessed several moments of how people move money in relation to technological advancement.

Cash was, for a long time, the main form of payment. Then came debit and credit cards, which continue to be important methods in today’s economic system. Nowadays, we can say that Latin Americans are even more immersed in digital platforms, which brings this adherence to the shopping routine and expands the range for new virtual experiences.

Generation Pay, a research study carried out by FIS Worldpay, analyzed habits, behaviors and attitudes of consumers of different ages around the world, regarding their finances. It shows that 54% of young people in Brazil use new payment technologies. Moreover, in all the countries surveyed (Brazil, the United Kingdom, Singapore, Australia and the U.S.), Gen Z generations (18 to 24 years old) and millennials (25 to 41 years old) were the most likely to use advanced payment technologies in their purchases.

Contemporary society wants ease, convenience and a good experience during the shopping process. In this sense, proximity or contactless payment—as it is also known—has grown exponentially in Brazil and other countries. Global data from Generation Pay show that 65% of respondents preferred this technology, and the trend showed that it will be consolidated in the coming years.

The survey also showed that the millennial generation is the most adept at contactless payment, with a 72% preference, although all generations are adept at this technology. In Brazil, 67% of millennials are contactless, a fact that is linked to the perception of what really matters to them when it comes to paying: speed and convenience. A survey released this year by the Brazilian Association of Credit Card and Service Companies (Abecs) reinforced this integration of consumers to contactless payment methods. There was a 700% increase in proximity payments in the second quarter of 2021 in the country, whose transactions amounted to BRL 34.4 billion (equivalent to USD 6.6 billion).

What about the future of digital means of payment? Although it is still unclear what role cryptocurrencies will play in the future global economy, what is certain is that they have been gaining visibility in the global market. There is still much to be discussed about their regulation and the use of these digital assets. But it is also true that merchants are already looking favorably on their acceptance in different parts of the world.

Cryptocurrencies appear as a strong attraction trend among all generations of consumers worldwide. Some 27% of respondents to the survey mentioned above were interested in using digital currencies in their purchases. With the constant growth of this market, some businesses around the world already accept cryptocurrencies as means of payment, and everything indicates that they will consolidate as a transactional currency in a short time.

In Brazil, the Central Bank is developing its own digital currency (CDBC) and has a laboratory for the development of use case studies for innovation: the LIFT Challenge Real Digital. Many fintech companies have also made available platforms that accept digital currencies for payments of products and services, which has an impact on retailers and consumers.

Another fast-growing method is “buy now, pay later” (BNPL). This form of installment lending allows consumers to make purchases and pay for them at a future date and is becoming widespread in Brazil. This is the preference for 54% of the population, according to the survey. Ingrained in Brazilian culture, the means of payment has gained adherents in other territories. If we look at Singapore, we see that BNPL is used by 50% of the people.

Society has been experimenting and joining new digital forms of payment in what is a movement of constant transformation. In other words, payment innovation, which is in full swing, will continue and, sooner or later, it will eventually displace physical currencies.

*Translated from Spanish by Ricardo Aceves 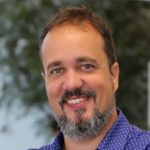