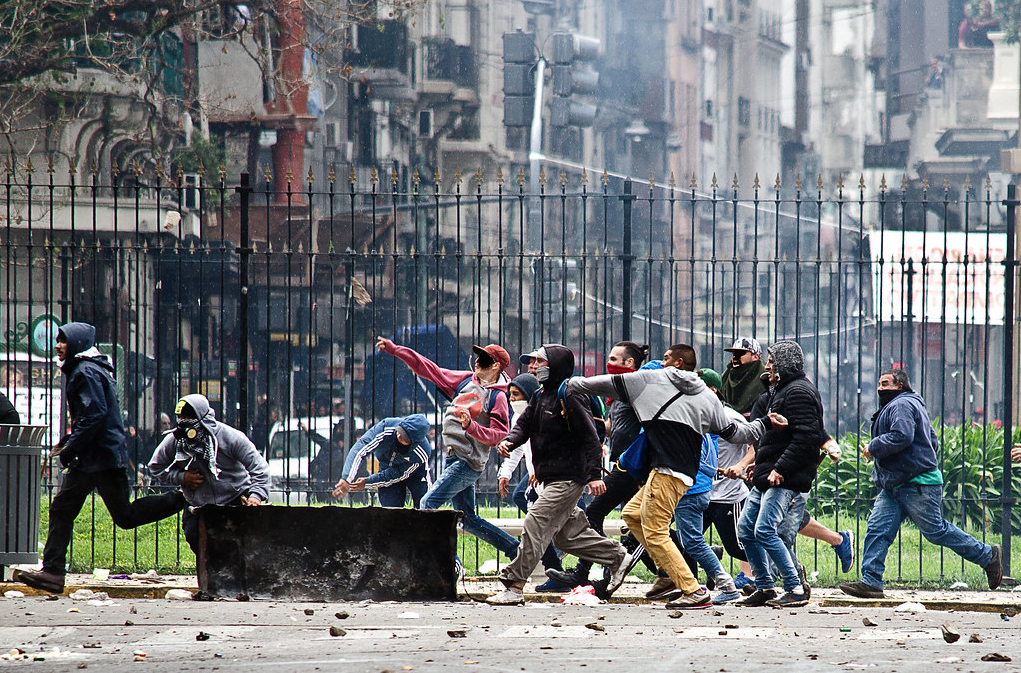 The COVID-19 pandemic will bring the worst socio-economic crisis in the last 100 years in Latin America. According to the United Nations’ Economic Commission for Latin America and the Caribbean (ECLAC), in 2020, the region’s economy will contract by 9.1%, per capita income will fall to 2010 levels, unemployment will reach on average 13.5% and the poverty rate will reach 37.3%. Additionally, the magnitude of the current crisis and the already fragile state of the region’s economy before the pandemic foresee a slow recovery that would imply the shrinking of the middle class and a lost decade in the social sphere.

In view of this unprecedented and complex scenario, the region will have to face a series of challenges in order to move towards an economic recovery.

The first challenge is to deal with the uncertainty brought about by COVID-19. The countries in the region, like the rest of the world, don’t have the certainty about the pandemic’s duration, the intensity of possible outbreaks, timely access to a vaccine, the magnitude of the socio-economic deterioration, the costs of the crisis and its eventual financing.

In addition, political and social tensions over the pandemic’s management already exist in several countries, which are also headed for polarized electoral processes in the coming months. These facts will not likely allow to build an agenda with minimum consensus to solve the current problems and to move towards the reactivation of economic activity.

prospects for the region were not the most optimistic even  before the pandemic.

On the economic front, prospects for the region were not the most optimistic even  before the pandemic. In its Economic Study for 2019, ECLAC warned about  stagnation and deceleration of Latinamerica’s growth. In order to offset the unexpected health crisis and its first economic and social consequences, countries have resorted to conventional and non-conventional macroeconomic policies (direct financing from central banks to the government coffers) and to a significant increase in public debt. These measures, together with the effects that confinement had on variables, including employment, production and demand, have worsened pre-existing macroeconomic imbalances.

In this scenario, the second challenge for countries is to recover and maintain macroeconomic balances while implementing short- and medium-term policies to provide liquidity to the economy, protect employment, reactivate output and boost aggregate demand. Doing all this together, would imply national agreements and economic reforms, in many cases structural, in all sectors of the economy.

The challenge (and opportunity), is that these reforms allow redirecting the region’s production model towards a sustainable development and growth, with higher productivity and innovation, and less dependence on the primary sector. In the area of labor, it is essential to generate policies that, among other things, reduce wage gaps due to gender and ethnic differences, informality and youth unemployment. At the fiscal level, progress must be made towards building progressive tax systems that improve income distribution in the region and allow for greater sustainability in public finances.

Before the health crisis, debt levels in the continent had increased.

Before the health crisis, debt levels in the continent had increased. The challenge now is to avoid over-indebtedness, ensure liabilities’ sustainability and that future financing has favorable conditions. In the monetary and financial sector, the challenge is to keep exchange rate systems stable and provide liquidity to the economy.

The third challenge for Latin America lies in the social sphere. The pandemic and its effects have highlighted the weakness and fragility of the region’s social protection systems, especially in rural and marginal urban areas. In these areas, characterized by high levels of poverty and inequity, the lack of access to essential public services, such as drinking water and sewage, and the difficulties in accessing the public health system have increased the vulnerability of the population to the virus and aggravated their living conditions. Additionally, there are problems for children and young people to continue their education in virtual or partially face-to-face modalities due to the lack of equipment and technological infrastructure in several areas of the region.

Faced with this problem, it is an urgent call for the region to implement policies that strengthen social protection, access to essential public services and guarantee food security. This would not only reduce the vulnerability of the population, but also avoid a further fall in aggregate demand.

The crisis has also shown the weak and ineffective regional integration. Joint initiatives to address the problems caused by the pandemic have been scarce, both at the beginning of the pandemic and at the moment of writing this article. Deepening Latin American integration in this context is an additional challenge that could allow, for example, the construction of a regional agenda to reactivate production and socio-economic development, promote regional trade and joint access to potential vaccines against COVID-19 at lower cost.

The challenges posed pose a difficult and complex panorama for Latin America in the short and long term. However, the production reactivation policies promoted by the countries must be more than an instrument for overcoming the health and economic crisis. They must also be an opportunity to build a more integrated Latin America, with less social polarization, more solid economies and greater social justice.