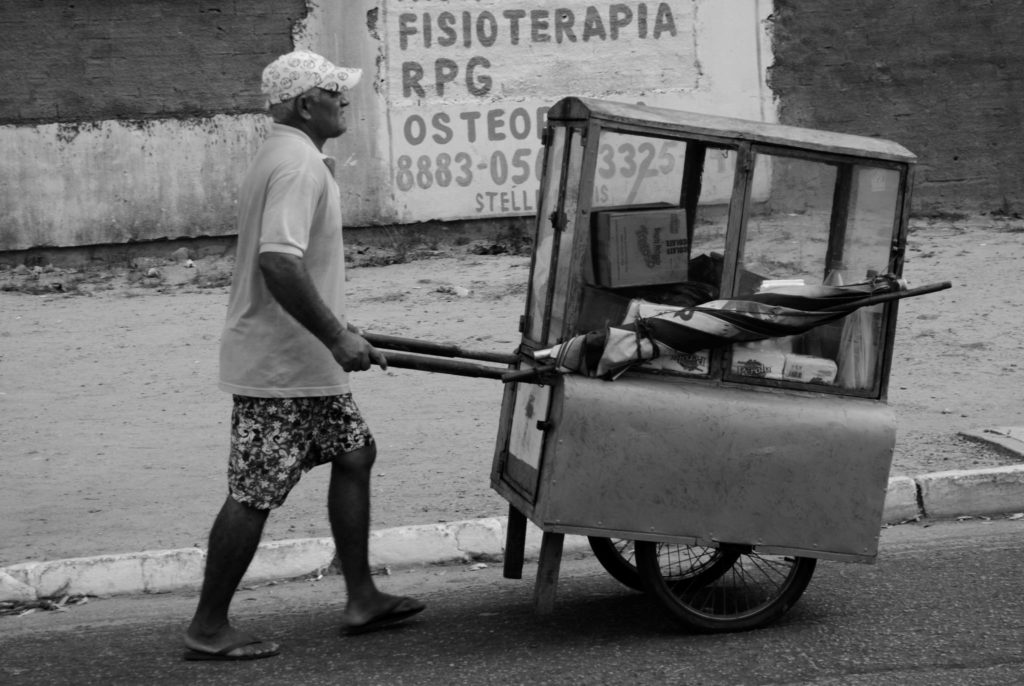 More than a year after the onset of the health crisis, the balance in social terms for the region shows a complex scenario. According to estimates by the International Monetary Fund, Latin America and the Caribbean is the region hardest hit by the pandemic, as its economy contracted by approximately 7.4% in 2020. This deterioration has been reflected in an increase in unemployment, both formal and informal, which has led to a drastic increase in poverty.

In the labor market, a significant decline is evident throughout the region. According to the Economic Commission for Latin America and the Caribbean (ECLAC), close to three million businesses have closed during the pandemic. This meant that unemployment, which affected eight out of every one hundred people prior to the health crisis, by 2020 had risen to almost 11.

But unemployment did not affect only formal workers. In the months of greatest confinement and paralysis of economic activity, between April and June of last year, an important segment of informal workers became unemployed or inactive. ECLAC data show an annual reduction for the second quarter of 2020 in informal employment of 35% in Chile, 20% in Brazil and 31% in Costa Rica.

This reduction in “undeclared work” mainly affected the rural sector due to the precariousness of agricultural jobs in the region. In addition, women with informal jobs were more affected than men due to their greater participation in sectors that were more affected, such as hotel and tourism, domestic service and commerce.

With the gradual reactivation of production, informal employment rates in the region are increasing. In Mexico, for example, this indicator increased from 48% to 55% between April and August 2020. And it is expected that when the situation returns to normal and Latin Americans start looking for work again, the most direct path will be informality with lower quality jobs and a drop in salaries.

According to the Inter-American Development Bank (IDB), approximately 7.5 million people will be added this year to the huge pool of Latin Americans working without social security. And over the next few years, the percentage of people working informally will increase from 56% before the pandemic to 62%.

Although the measurement of informality varies from country to country, this type of employment is a latent and constant phenomenon in the economies of Latin America and the Caribbean. In addition, “black” work is unevenly distributed with a disproportionate presence of women, youth, people with low levels of education and rural dwellers.

What is informal work and why is it informal?

According to the International Labor Organization (ILO), this type of employment is characterized by the fact that it does not provide access to contracts, leave, vacations, compensation, bonuses and, above all, access to social security. And its structural nature in the region is due to the inability of economies to generate jobs in adequate and formal conditions, institutional weakness, corruption, wide educational and social gaps, and even discrimination, whether by ethnicity, gender or socioeconomic status.

Therefore, the incidence of this phenomenon, both before and during the pandemic, varies drastically between countries. While in Uruguay informality affects one out of every four people or in Chile three out of every ten, in countries such as Honduras, Guatemala or Bolivia it affects around eight out of every ten workers. In other words, having a contract is something for the privileged.

The challenges of recovery

An increase in the levels of informality implies, at the social level, an increase in the population living in poverty, inequality and a general deterioration in living conditions. At the macroeconomic level, the consequence is a reduction in household demand and consumption, and therefore in economic activity in general.

In order to address the increase in informality, unemployment, poverty and economic recovery, it is essential that in the short-term countries maintain and, if possible, expand the social assistance policies adopted in 2020. It is also necessary to implement measures aimed at generating formal employment and reactivating small businesses.

In the medium and long term, Latin America and the Caribbean face the challenge of strengthening their institutional framework, improving productivity, correcting structural inequalities, closing social gaps and expanding their social protection and social security systems. Only in this way will they be able to mitigate both the causes and consequences of labor informality.