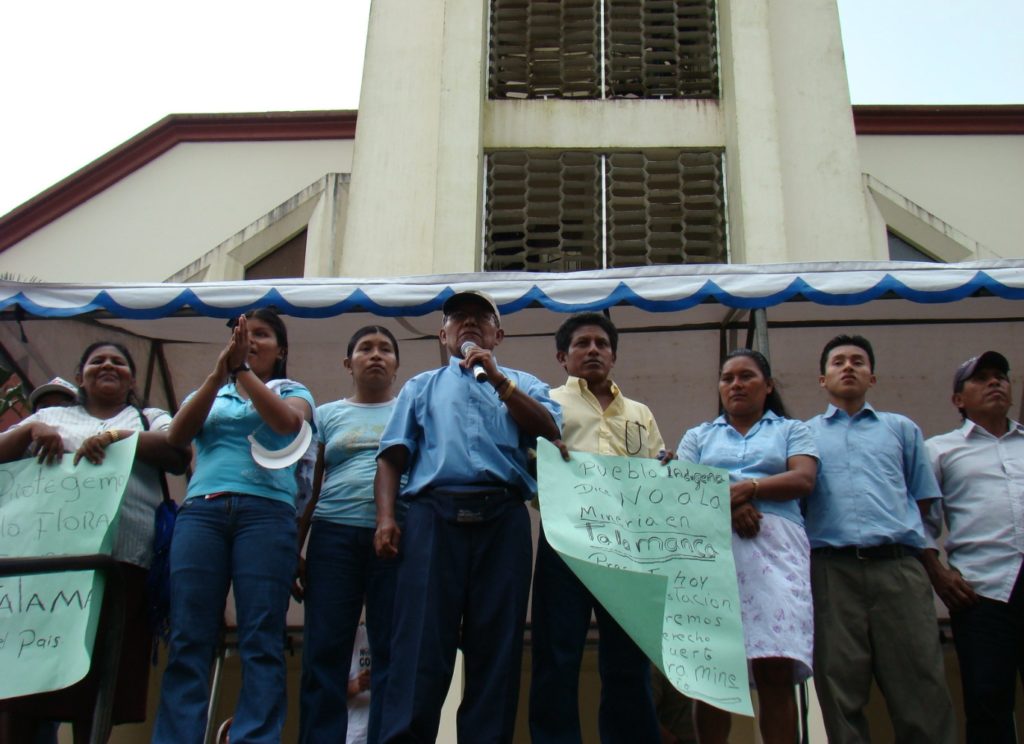 In the early morning of March 2, 2016, renowned human rights defender Bertha Cáceres, who organized the Lenca people, the largest indigenous ethnic group in Honduras, in their struggle against the Agua Zarca dam, was murdered in her home. The construction was planned in the northwest of the country on the Gualcarque River, sacred to the communities and vital to their survival. But the campaign succeeded in getting the world’s largest dam builder, the Chinese state-owned company Sinohydro, to withdraw its participation in the hydroelectric project.

Since then, 39 indigenous and environmental human rights defenders have been killed in Honduras. Among the main victims are peasant and ethnic leaders, lawyers and journalists. To this figure must be added young Garifuna leaders, kidnapped by uniformed officers, who have never reappeared, all of whom remain unpunished.

These are not easy times for those who defend life and the environment in Central America, especially in the countries of the so-called Northern Triangle: El Salvador, Honduras and Guatemala. The first step in the strategy to silence them has been to stigmatize and defame them through fake news in the media or social networks. When that has not been enough, lawfare has been applied to them with energy and determination, until they were arrested, tried and convicted in most cases. And when that has not been enough, they have resorted to murder.

Last April 22, on Earth Day, the NGO Alliance for Solidarity-Action Aid, denounced the lack of commitment of Latin American and Caribbean countries to the international agreement of Escazu, sponsored by the UN. The Agreement, adopted in 2018, aims to ensure the safety of people and groups defending life and the environment. However, so far the treaty has been ratified by only 12 of the 46 countries and territories in the region.

“The commodification of natural resources costs the lives of many people, those murdered and those imprisoned for years, such as the Guatemalan Bernardo Casal Xol, who must be remembered on days like this (…)”, said Almudena Moreno, head of Sustainable Development of the NGO Alianza por la Solidaridad-Action Aid, on April 22nd.

In addition to these aggressions, there are limitations on freedom of expression and fake news. The aim is to destroy the social fabric of communities, co-opting sectors through bribes and thus breaking common solidarity. Other methods include the destruction of family or community crops or constant surveillance by the military, police or individuals from the communities themselves, co-opted to act as executioners of their own neighbors.

According to the report “Criminalization of human rights defenders in Central America”, presented at the digital forum “When justice becomes injustice”, these groups-which respond to the elites that concentrate power-attack and intimidate their victims, protected by a system of impunity that shields them from any legal action.

“Criminalization is the use of legal frameworks, strategies and political-judicial actions with the intention of treating the defense of human rights as illegitimate or illegal,” said Anabella Sibrian, director of Protection International Mesoamerica in Guatemala, a participant in the forum.

What distinguishes criminalization from other attacks is the selective use of laws as a form of persecution. This gives the repression a false appearance of legitimacy, causing people to clearly perceive the omnipotence of the state and mega-corporations.

The case of Sonia Sanchez, a human rights defender from the Santo Tomas Women’s Organization in El Salvador, is a case in point. She and three other environmental defenders are facing charges for the crime of coercion for opposing a housing project that will affect the environment of their municipality.

Even when these people win their lawsuits and are acquitted of the crimes invented to criminalize them, the persecution does not stop. Often the companies continue with threats and attacks on their homes, crops or livestock. These attacks, moreover, are not only directed at the leaders. Often their followers are also victims of persecution, with the aim of intimidating them and thus preventing them from organizing and acting as a community.

The panorama, already frightening, is even more desolate given the lack of prospects that the dominant groups entrenched in power in the three countries of the Northern Triangle will give in to their positions. On the contrary, a deepening of their repressive actions, protected by almost total impunity, is foreseen for the future. The social movements, despite growing international support, do not yet have sufficient capacity and power to reverse the situation.