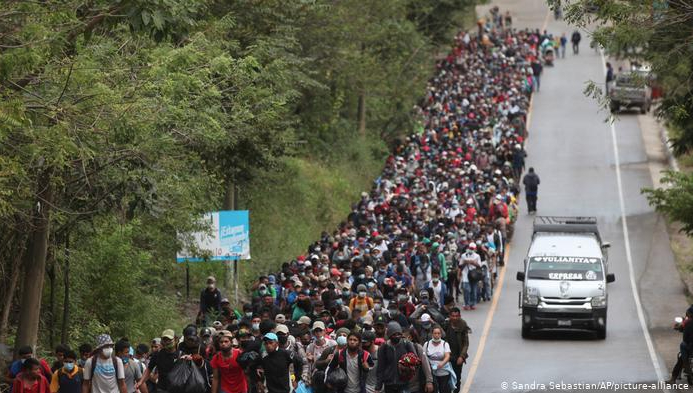 In Central America, eight out of ten people are suffering from a severe food insecurity crisis and are on the verge of extreme poverty, according to the Food and Agriculture Organization of the United Nations. In addition, due to its geographical location, the isthmus is one of the areas most prone to natural disasters such as earthquakes, volcanic activity, overflowing rivers and hurricanes such as Eta and Iota, which in November, just five months ago, devastated large areas of the region, leaving more than 200 dead and more than half a million displaced. If we add to this the extremely high levels of corruption, drug trafficking and indiscriminate violence by organized crime, we have an ideal breeding ground for a sustained and recurrent human diaspora.

These massive movements of people, which have been the engine of the U.S. economy in recent decades, are currently affecting the political interests of the northern power. But the obstacles that have been imposed in an attempt to stem the human tide have only deepened the suffering of the migrants.

Despite this, Central Americans continue to flee their countries of origin, specifically Honduras, Guatemala and El Salvador. According to U.S. authorities, more than 100,000 people were apprehended at the southern border in the last month, with an increase in families and unaccompanied children over the previous month.

The migration of Nicaraguans to Costa Rica has its own particularities, but it is of such magnitude that it has surpassed Costa Rica’s institutional response capacity. The small country must also face the transmigration of people from South America, Africa, the Caribbean and Asia, who in relatively smaller numbers than Central Americans, are also trying to reach the US.

On the other hand, remittances from emigrants strengthen the region’s economies, often surpassing sectors such as industry. As an example, in Guatemala remittances represent 14.6% of GDP, in Honduras 23%, in El Salvador 20% and in Nicaragua 13.4% (2020 data).

What government would be interested in genuinely solving the problem of migration if it sustains the poor economies? In addition, the banking systems are strengthened, which provides some sustainability to national economies.

International cooperation has not worked

The region has not been immune to international aid and cooperation schemes. The Alliance for Prosperity Plan, -launched in 2014 by the Obama administration- which sought to curb the migration of people from northern Central America failed miserably. One of the main reasons was not taking into account what every basic public policy program teaches: “those affected must be involved in the design of solutions and they must define their public problem”.

Although the official version of the Central American countries speaks of an interest in incorporating the communities in the plans, the genuine interest came from the U.S. However, the design was made from the desks, without knowing the terrain and even, in some cases, by authoritarian, corrupt and human rights violating governments, even backed by the U.S.

The results are plain to see, the projects that were implemented did not transform people’s quality of life in the slightest. Rather, they inflated the pockets of many politicians and NGO directors who were only asked for technical or financial reports instead of impact assessments.

The road to the “American dream

However, for the new U.S. authorities it has become essential to provide an urgent and forceful solution to the problem, with the particularity of the Democratic discourse of respect for human rights. This is a priority aspect due to the mountains of reports of migrants harassed or killed on their way north by criminal gangs.

In recent times, even Mexican immigration authorities themselves have been accused of being linked to these crimes. In January of this year, 19 people, mostly of Guatemalan origin, were brutally murdered and incinerated in Camargo, Tamaulipas. Investigations link state police personnel and agents of the National Migration Institute to the events. These atrocities are part of the pressure Mexican authorities are under to limit the passage of Central Americans seeking to reach U.S. territory.

As an alternative to this risky journey, many migrants fleeing Central America are choosing Mexico as their destination, as the Documentation Network of Migrant Defense Organizations (Red de Documentación de las Organizaciones Defensoras de Migrantes) has pointed out in its reports.

In his strategy to structurally address the problem, Joe Biden has recently appointed his Vice President, Kamala Harris, to carry forward plans to mitigate migration. The vice president, a former Attorney General in California, knows the terrain and the issues of security, justice, intelligence, defense and diplomatic relations well.

But for the new effort to be worthwhile, Vice President Harris must pay special attention to the poverty that plagues the region. Let’s not waste time and resources on discovering the black thread and sugar water. People migrate irregularly, putting their lives at stake, if they have nothing to eat and to reverse this, it is necessary to generate changes that strengthen state institutions. The region must improve its educational indicators, access to health and security in every sense of the word, including public, social and food security.

It is also essential to strengthen judicial systems -among other things to mitigate impunity- and party systems, currently weakened and extremely vulnerable to corruption in a context where the flow of money from drug trafficking and youth gangs contaminates everything.

The so-called “regional anti-corruption task force” that the U.S. government wants to carry out should consider the basic aspects that have led Central America to become a migrant machine that expels thousands of people every day. It is time to call a spade a spade and try to recover the present and future of some 37 million inhabitants, who from afar see the bald eagle as their lifeline. 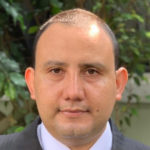