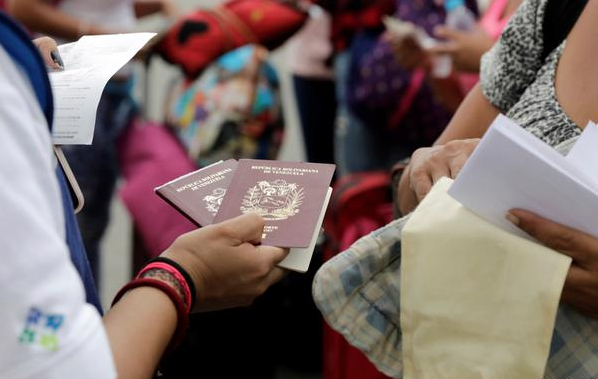 More and more Venezuelan migrants are finding themselves in need of obtaining, as Juan Luis Guerra’s song says, “… a visa for a dream, a visa not to come back…with a thousand solvency papers, which aren’t enough to be sincere”. With the uninterrupted flow of people fleeing Venezuela, more countries in the Americas have imposed measures that hinder the transit and arrival of migrants and refugees to their territories.

Countries are torn between the moral imperatives that motivate their international obligations towards migrants and refugees and the need to control their borders, and the discretion they have to define their migration policies. This is a false dilemma, as there is sufficient evidence that shows that the imposition of new, more difficult requirements does not discourage migration. These measures don’t prevent people from fleeing their countries and crossing international borders.

In December, as the year-end holidays were being celebrated, Mexico announced that a visa requirement would be imposed on Venezuelan nationals, “who intend to enter the country as visitors and without permission to carry out remunerated activities”. The Mexican government indicated that it had identified an increase of Venezuelan nationals entering the country for purposes other than those permitted under the visitor’s stay, as well as an increase in their irregular transit to a third country. With Mexico, there are now 99 countries that require visas for Venezuelans.

This announcement caused uproar, but no surprise. As part of a regional trend towards the hardening of migration policies, Mexico joins the long list of countries that have imposed visas as a prerequisite for entry to their territory, since the migration massification from Venezuela since 2015.

Panama led the way, in 2017, when it imposed visas on Venezuelans. In 2018, Chile created the “democratic responsibility visa” and, in 2019, countries such as Peru, Trinidad and Tobago and Ecuador joined the measure, according to research conducted by experts Andrew Selee and Jessica Bolter and published by the Migration Policy Institute. Colombia, on the other hand,  being the country that receives, by far, the largest number of people fleeing Venezuela, has maintained a considerably more open border policy than its counterparts.

Unfulfilled agreements translates into a long wait for a regional response

In 2018, UN member states adopted the Global Compact for Safe, Orderly and Regular Migration (GCM) at the General Assembly. The Compact, which is a non-binding agreement, is a milestone in that it is a global effort to define objectives vis-à-vis the protection of the human rights of migrants.

However, as experts Guild, Basaran and Allinson warn, the GCM reiterates the sovereignty and discretion that States have in defining their migration policies, while establishing rather vague policy commitments. In fact, the language of the GCM is often taken by governments to refer to visa policies that are in essence restrictive, as aimed at ensuring “orderly, safe and regular migration”, thus turning it into a euphemism.

At the regional level, there have been efforts such as the Quito Process or even agreements by the Lima Group, but compliance with them has been weak, resulting in a disjointed and incoherent response from the receiving countries to the massive migration from Venezuela.

Inequality behind the visa system

It is no secret that there is a global freedom hierarchy in the international visa system. People from poor, dictatorship-ridden and armed-conflict countries face enormous barriers to mobility. On the other side of the spectrum, citizens of countries belonging to the Organization for Economic Cooperation and Development are often exempt from the typical visa restrictions imposed on the rest of us. This fosters stark inequalities between citizens of the Global North and the Global South.

In addition, and especially where geography allows it, the imposition of more difficult regular entry requirements doesn’t have the deterrent effect desired by governments. Far from stopping migration, these policies contribute to making it more difficult to identify and count those who enter, increase the risks faced by the most vulnerable people at irregular crossings, and promote all sorts of criminal economies related to migration—such as human smuggling and trafficking.

Following the implementation of visa requirements for Venezuelans in Chile, Ecuador and Peru, regular migration decreased and a false perception of greater border control was created, as shown in a study by Andrew Selee and Jessica Bolter, published by the Migration Policy Institute. But, as it was expected, a notable increase of unauthorized crossings occurred, as well as a boom in the networks of migrant smugglers and criminal groups that control these dangerous routes.

A reality that transcends the Venezuelan people

Of course, this is not a phenomenon experienced exclusively by Venezuelans. This harsh reality is also faced by people of other nationalities, from South and Central America, Asia and Africa. The situation of people coming from Venezuela, given its magnitude, has only highlighted the ineffectiveness of visa policies to curb forced migration. Visas are expensive, they require official documentation and often involve requirements that are virtually impossible for migrants to meet.

People whose lives depend on the decision to flee their country will continue to cross borders in search of better opportunities. In the meantime, restrictive migration regularization policies only increase the barriers that these people must face in order to exercise their rights in the destination countries and integrate into the host societies. 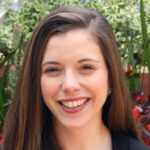 Professor, researcher and Director of the Legal Clinic for Migrants and member of the Center for Migration Studies (CEM) of the Universidad de los Andes, Colombia. Master in International Human Rights Law from the University of Notre Dame.