Over 3.6 million Ukrainians have fled their homeland since February 24 (as well as the estimated 6.5 million displaced in their own country), primarily to Poland, Belarus, Romania, Moldova, Hungry, and Slovakia.  And the international reaction to those fleeing Ukraine has been astoundingly supportive, with their journey being facilitated by reduced border controls and entry requirements along with free public transportation and phone communication and teams of volunteers offering Ukrainian refugees food, clothing, water, medicine and even strollers.  Some nations are allowing them to enter without their passports and the European Union has granted them a blanket right to stay, work, and receive access to housing, medical treatment and education in all 27 member nations for up to three years.  The support goes beyond Europe, with the United States announcing that it will admit 100, 000 Ukrainians.  For these reasons, I agree with the Refugees International report calling the international response to the Ukrainian situation “unprecedented and generous.”

While I unequivocally commend the world’s efforts aiding those fleeing Ukraine, however, it is hard not to note some stark contrasts.  While Ukrainian nationals have been welcomed, for example, Ukrainian residents of Middle Eastern and African descent, along with black and brown Ukrainians, are facing discrimination, violence, and obstruction when trying to leave Ukraine.  And there is a marked difference between how the world is treating Ukrainian refugees and how certain nations have responded to other recent groups of refugees, such as those from Syria or Afghanistan.  However, I want to focus on the blatant contrast between the world’s response to Ukrainians and its response to the over six million displaced Venezuelans and how it illuminates the role of global oppression in the global refugee system.

The Venezuelan exodus has become the second-largest external displacement in the world. Most have gone to Colombia (an estimated 1.8 million), which is doing its best to assist them (for example, offering Venezuelans Temporary Protective Status for up to ten years), but it cannot meet their needs alone.  And yet, the world’s response to help Venezuelans (and their Colombian hosts) has been tepid at best.

Neighboring countries, like Peru, Chile, and Ecuador, have imposed strict entrance requirements that most Venezuelans cannot meet.  The United States has made it difficult for Venezuelans to go there, denying half of the 30, 000 asylum petitions in 2018 and only recently granting Venezuelans temporary protected status for a mere eighteen months. And, while the European Union consistently declares that member nations should accept displaced Venezuelans, because of the distance and the resources needed to get to Europe from Latin America, they only report receiving about 18, 400 applications. Colombia is, increasingly, the only game in town.

But the problems do not end there.  The world’s wealthy nations have offered woefully inadequate financial assistance to help displaced Venezuelans. In fact, “only a fraction of the international assistance dedicated to other major crises has been devoted to helping Venezuelans.” According to the Brookings Institution, while donors have contributed an average of USD $1,500 in assistance per Syrian refugee, the amount earmarked for each Venezuelan refugee is a meager USD $125, leading them to call it “the largest and most underfunded refugee crisis in modern history.” And despite the fact that the United Nations recently estimated that US$1.79 billion is needed, Europe has pledged a mere US$162 million and the United States US$336 million.  The world continually chooses not to step up.

There are various reasons that this incongruence should disturb us, but I suggest that one such reason is the fact that this discrepancy reflects global oppression against Venezuelans and the nations of Latin America. Global oppression refers to a systemic set of structures, norms, and policies that come together to place nations and their members in double binds solely because they are members of that nation or society.  Consequently, its victims cannot engage in actions in their favor.

This is precisely what I think is revealed in the differing responses to displaced Ukrainians versus Venezuelans; the varying responses reveal how the international refugee system works to place nations and peoples from certain parts of the world (for example, North America and Europe) in privileged positions and others (those from Latin America, Africa, and the Middle East) in harmful double binds only because they hail from those nations.

For example, Bulgarian Prime Minister Kiril Petkov said recently about people from Ukraine: “These are not the refugees we are used to. … These people are Europeans. … These people are intelligent, they are educated people. … This is not the refugee wave we have been used to, people we were not sure about their identity, people with unclear pasts, who could have been even terrorists,” indicating that many nations in Europe are responding as they are to Ukrainians simply because they are seen as European.

This is further supported by the fact that many of these same nations admitting Ukrainians have resisted admitting refugees from other nations in the past. We seem to see similar issues in the United States where the Biden Administration was willing to lift refugee caps to welcome Ukrainians but not to welcome Central Americans and Venezuelans. Beyond this, rather than reassessing their own policies to help Venezuelans, the United States puts most of its efforts into trying to get Colombia and neighboring nations to accept more Venezuelan nationals and Mexico to tighten its policies so that Venezuelans do not reach the U.S. Southern border where they can ask for refuge.

This reflects larger problems with the global refugee system. As Serena Parekh (among others) notes, most refugees and displaced persons, such as those from Venezuela, are immediately seen as “problems” for the system. And, although Western states paint themselves as the (potential) rescuers of refugees, they simultaneously contribute to an unjust refugee system as they, “have tolerated, financially supported, and even encouraged a situation in which the vast majority of refugees are effectively not able to access refuge.”

In fact, Western states actively maintain this unjust system by implementing policies to keep refugees away from their shores via “deterrence regimes,” actions that are largely supported by various international agreements, like the 1951 UN Refugee Convention requiring states to follow the principle of non-refoulement (not to send people back to a nation where they are at risk) but not requiring them to take in refugees from other places.  Worse, the options for refugees provided by the international community – refugee camps, urban settlement, and migrating to seek asylum in the West – are terrible and dangerous.

The reaction to Ukrainian refugees shows us what is possible when the world has the will; it is possible to treat refugees better than we have. But the disparate responses we see toward those (white people) fleeing Ukraine and those toward displaced Venezuelans also show us that global oppression is still operative in the global refugee system. As such, we need to take the current circumstances in Eastern Europe not simply as a model of assisting refugees (in the case of white Ukrainians), but also as a call to change the global refugee system to ensure that all displaced persons get the help they need. 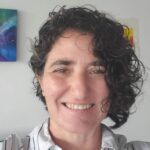