In several Latin American countries, there is a growing political polarization incited from the apex of power. One of the main focal points of attack is the partisan and non-partisan opposition sectors to many governments in office. Presidentialism, the common form of government in the region, works efficiently if there is a balanced relationship between the government and the opposition, but above all, if the parties, groups, and sectors in one or the other situation share democratic values.

Divided governments, that is, when the government does not have a majority in the legislative branch, can generate phases of ungovernability. However, the recent history of Latin America shows that ungovernability is usually promoted by the executives, and when they enjoy large legislative majorities, there is also a greater tendency to promote authoritarian practices.

Recently, whether under unified or divided governments, numerous Latin American presidents, their governments, and their followers have launched attacks on the opposition, jeopardizing the stability of democracies, which, in principle, are not in good health. In October 2022, regarding the 16 largest and most populated countries in the region, seven have a unified government, that is, the president’s party and its allies have at least a simple majority in the legislative branch.

Among them are El Salvador, Nicaragua, and Venezuela, which have a unicameral legislature, and all three are already considered authoritarian in the indexes that measure democracy in the world. Mexico, which has a bicameral system, can currently be considered a weak democracy or with traits of authoritarian regression.

Since 2007 in Nicaragua, the government of Daniel Ortega has controlled 85% of the National Assembly and the opposition has barely reached 15% of the seats. In August 2021, the opposition alliance Citizens for Liberty (CxL), which was leading in the polls, was disqualified by the Electoral Tribunal controlled by the ruling party, and its pre-candidates were imprisoned. In the 2017 municipal elections that alliance had won five municipalities but in July 2022, they were illegally taken over by the government appointing new mayors. The situation worsened in September of this year when Ortega’s regime ordered to arbitrarily detain relatives of opponents or dissidents to his government.

In Venezuela, of five legislatures that have been installed since 2000 under the 1999 Constitution, four have been under the Chavist government’s control. When he lost his majority in 2016, Nicolás Maduro disowned the Assembly in the hands of the opposition and forged a strategy to put over it the 2017 Constituent Assembly that de facto only responded to his orders. This generated a political and representation crisis, to the extent that opposition parties and leaders decided not to participate in the legislative elections of 2020, at the same time that the National Electoral Council decided to illegitimately increase the number of legislators from 167 to 207, of which 93% are currently pro-government.

In El Salvador, in February 2020, President Nayib Bukele, elected a year earlier, was escorted by members of the army into the Legislative Assembly, at that time controlled by the opposition, to pressure them to vote on a project to request a loan from the United States. This action was weakly condemned within the country itself, even though it was a clear violation of the sovereignty of the legislative branch. In the 2021 legislative elections, his party, New Ideas, obtained 76% of the seats, and once installed, they voted to dismiss the members of the Constitutional Court and the Attorney General, who had opposed his decisions and subsequently appointed members close to the government. To justify such arbitrary decisions, Bukele went so far as to say “The people did not send us to negotiate. They are leaving. All of them.”

Since 2018 in Mexico, Morena, the party of President Andrés Manuel López Obrador, and its allied parties, have a simple majority in the Chambers of Deputies and Senators and have managed to increase it thanks to the turncoats and low party discipline of the opposition parties. Practically, every day since he won the elections, in his “morning” conferences, the president dedicates himself to insulting and ridiculing the opposition. When the votes have not been enough for his party and allies to carry out his legal reforms, he has resorted to blackmail and threats so that some legislators from opposition parties vote for his initiatives, as happened in October 2022 when Congress approved the extension of the army’s permanence in public security tasks until 2028.

The existence of two or more parties is not enough, the government must assume that it requires and must have a political counterweight. Otherwise, authoritarian temptations will arise with the consequent deterioration of democratic principles. The government-opposition dialectic not only measures the forces that support the government but also those that exercise an active power of criticism, control, and alternative direction of the government. In Latin America, only Colombia recognizes since 2017 the role of the opposition and grants them rights based on a statute.

Opposition is exercised on the basis of self-positioning that is assumed from an ideological orientation, from a set of ideas about politics, and from the results of the democratic game. Only when the power and structuring of political oppositions are understood, is it possible to understand the success or failure of the governments in power, especially the evolution of democracies. 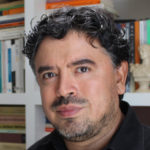