The April images of former Honduran President Juan Orlando Hernández leaving for New York escorted by DEA agents on his way to his drug trafficking trial are reminiscent of 2009 when another former president, Manuel Zelaya, left Tegucigalpa by small plane after the Supreme Court ordered his arrest, disobeyed by General Romeo Vázquez Velázquez.

Both presidents sought reelection. Zelaya did not negotiate with the political class, tried to impose himself, and was accused by the justice system of treason. Congress symbolically condemned him with a vote of disapproval of 124 deputies, out of 128. Hernandez, equally authoritarian, was more skillful and achieved a strange interpretation that allowed him to be reelected. But after the recent electoral defeat, he was extradited for drug trafficking.

In this context, Xiomara Castro, Zelaya’s wife and who was presented as the option of change to the ways of doing politics, won the elections of November 2021 with 51% of the votes. At that time, the president headed a coalition formed by the Libertad y Refundación Party (LIBRE), the Salvador de Honduras Party (PSH), and the Innovation and Innovación y Unidad Party (PINU).

However, barely six months after Xiomara Castro took office, those hopes have been dashed. On the one hand, many communicators who openly supported LIBRE for years, and who instilled the idea that the Honduran government had formed a narco-state that sought to perpetuate itself in power, now occupy elected positions in Xiomara Castro’s government.

Prior to the elections, on October 13, 2021, the idea of possible electoral fraud was so deep-rooted that finally both the current Vice President Salvador Nasralla (PSH) and Doris Gutiérrez (PINU) agreed to support the wife of former President Manuel Zelaya Rosales in her presidential race. This, so that she would have greater electoral possibilities in exchange for a pact of government positions and their investiture as presidential appointees.

Once in government, however, the coalition has begun to crack. LIBRE’s resistance to the pact with the Salvador Party of Honduras and the authoritarian style of decision-making with which the government has been formed has not contributed to moderating the cycle of Honduran tension.

Xiomara Castro has been accused by a large part of civil society of organizing a government in which her family has a determining role, which is not healthy for democracy. Former President Manuel Zelaya Rosales is the main advisor to the presidency. However, his prominence is so decisive that traditional critics of previous administrations such as the Jesuits of the ERIC-SJ, the former rector of the UNAH, Julieta Castellanos, and other figures have been vocal, both about the inappropriateness of this political relationship and about nepotism in the first level of government.

In view of this situation, Presidential Designate Salvador Nasralla began to express his disagreement with the new administration since it had not complied with its commitments to give his party space in the executive. Nasralla pointed out that his voice was not heard by the president. And this has provoked the first important defeat of the government in the Honduran Congress.

Shortly after these declarations, the deputies of his party (PSH) voted against the government and supported the opposition by preventing the urgent approval of a law reforming the National Defense and Security Council. Presidential appointee Nasralla declared that such an important law could not be approved “by hook or crook”. With this statement, he reminded the president that she did not have a majority in Congress and that she should not make the same mistakes as Zelaya in 2009 by ignoring the “compañeros” (partners) and the branches of government.

The repeal of the Defense and Security Law, passed in 2011, was a campaign promise of Xiomara Castro. One of the main purposes was to eliminate as members of the National Defense and Security Council the president of the National Congress, the president of the Supreme Court of Justice, and the Attorney General of the Republic, under the argument of the independence of powers and that this way democracy was in question.

But that has not been, however, the problem. What causes distrust in the political class is the power that would be assigned to the Technical Secretary of the Council, who by delegation of the presidency would coordinate the country’s Security and Defense issues. This, in a context such as the current one, will define the management of most of the nation’s development and governance policies.

Given the possibility of creating such a powerful political figure, which could presumably be assumed by one of the members of the Zelaya family or their closest circle, the accusations against the new administration acquired a new dimension. In the face of this, and showing their power, the president’s allies rebelled and provoked the first major defeat of the government.

The message is clear: the governability of Honduras depends on the stabilization of a coalition that includes the political partners and limits both nepotism and unilateral decision-making. 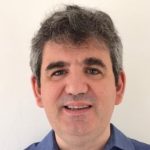