The Russian invasion of Ukraine has generated important changes in world geopolitics. The North Atlantic alliance has been strengthened and has faced, still with ostensible unity of criteria, the Kremlin’s aggression by means of significant financial and commercial sanctions. A side effect of this conflict has been the increase in volatility in global energy markets and the consequent resurgence of interests in the hydrocarbon industry—which had been in decline amid concerns about the effects of climate change and the world’s pressures to achieve an energy transition.

These changes have also been felt in Venezuela. Due to the U.S. ban on Russian oil imports, the government of Joe Biden sent an official delegation to Venezuela with the intention of reactivating negotiations between the regime of President Nicolás Maduro and the country’s opposition.

At the heart of the initiative would be the potential lifting of oil sanctions that could facilitate the resumption of investments by oil companies, which have been stagnating in the country, as well as a progressive supply of crude to the U.S. market. Until now, the lifting of sanctions was in the exclusive interest of the Maduro government. But the volatility of the global energy market—an exogenous factor—generates similar interests in the U.S. government, which seeks to alleviate its domestic supply and mitigate the upward pressure on prices at gasoline stations.

It is clear that Venezuela doesn’t have the capacity to compete with Russia’s crude oil supply on a global scale. Even replacing the supply—exclusively—in the U.S. market would require massive investments and important changes, especially to the sanctions regime. Venezuela’s oil production has fallen substantially in the past five years and the country has stopped supplying more than one million barrels per day to the global market. Venezuela currently produces around 800,000 barrels per day, less than a third of its peak production in the late 1990s.

An underexplored aspect of the situation of the Venezuelan oil industry is the environmental effect of its decline. Beyond the need for political agreements to return to democracy and recover a path of economic growth, it is worth looking at the environment and forge agreements that call for a sustainable transition.

The collapse of the Venezuelan oil industry resembles what I’ve called a predatory transition. It refers to an unplanned and unwanted fall in the hydrocarbon production of a traditional petro-State, incapable of taking care of the origin of the rents on which it lives.

This dismantling has been, in part, a consequence of the growing autocratization of the country and the capacity of the political elite to subvert institutional and social restrictions to its power, in addition to an effect of the sanctions imposed by the United States. An obvious consequence of this predatory transition is that the decline in oil dependence has been simultaneously destructive for the country’s ecosystems and the social protection of its population.

With the dismantling of the oil state, predatory activities, such as informal and illegal mining, have been established and expanded by armed groups with few control mechanisms and little environmental and labor protections. There is more. The oil industry has been unable to supply energy to the local market, and the government has established opaque alliances with Iran and other countries that include the exchange of gold for diluents and gasoline.

Difficulties in the production of natural gas led to severe shortages and prices for domestic consumption have skyrocketed in the black market. The result of that has been a spontaneous deforestation to convert wood into firewood in populations in need of some sort of fuel and, subsequently, the increasing felling of trees in urban areas for the illegal distribution of timber markets.

The country has also been plunged into a spiral of electrical failures as a result of abandonment and disinvestment in hydroelectric infrastructure, which encourages the use of plants that depend on fossil fuels.

While the possible reactivation of negotiations between the government and the opposition should be welcomed after the failures of other pressure strategies, it is important to recognize that the Maduro regime came to this negotiation strengthened, and the opposition divided and weakened.

Attempts to revive the negotiation rounds aren’t new and have been months in the making through discrete communication channels between the actors and mediators. However, the renewed U.S. interest comes from an exogenous factor —the Russian-Ukrainian war— and not because of internal conditions in Venezuela.

At present, the negotiations seek to re-institutionalize the country, which means to find mechanisms that facilitate the meeting of opposing actors through clear rules, as well as forms of conflict resolution and accountability to the population. Such re-institutionalization would undoubtedly be a cornerstone towards a possible democratization in the medium term.

However, re-institutionalization must consider the national context after years of economic decline and focused openness. Generating meeting points that facilitate the return of Venezuelan oil supply to the United States must imply, as a counterpart, agreements among national actors to solve urgent problems caused by the predatory transition.

Political actors must agree on the return of the rule of law and the political territorial control of important ecological areas and protected zones of the Guiana massif and the Venezuelan Amazon. If Venezuela’s oil begins to flow in global markets, it must do so through transparent criteria and inclusive institutions, and in exchange for restricting the flow of informal and illegal gold that enriches violent mafias that exploit communities and destroy the environment.

The progressive increase in national oil output must be accompanied by a plan to meet local, and not just international, energy needs. Satisfying these needs will make it possible to halt deforestation and environmental destruction in the short term.

In recent years, the focus of Venezuelan economic development has shifted from the Orinoco Oil Belt to the misnamed Orinoco Mining Arc on the southern bank of the river—mining extends far beyond this government’s delimited zone. The potential reactivation of the oil industry requires an evaluation of the environmental effects of these transformations, the assignment of responsibilities and damage reparation, as well as a long-term plan that includes considerations on climate change and the necessary reduction of hydrocarbon extraction.

Thinking about Venezuela’s economic development with a sustainable outlook is linked to the return of democracy and plural institutions that not only must include diverse political actors, but that are also accountable to the communities. 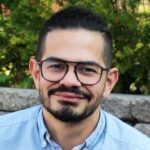