“I risk everything because I have already lost everything”, a migrant woman once said on the migrant trail in Oaxaca, Mexico. Indeed, if poverty, marginalization, violence, and political turmoil were not enough, extreme climate-related events — such as droughts, heat waves, and heavy rainfall — are making life even more precarious for many people living on the edge in Latin America and the Caribbean. Although the connection between climate change and migration is not deterministic, depending on factors related to vulnerability, it is projected that 17 million people in Latin America may migrate due to climate change from now until 2050.

The impacts of climate on migration

Hurricanes have triggered the mobilization and migration of millions of people in the Caribbean, and Central and North America. Over twenty-two years (1998-2020), more than 277 million people were directly affected in Latin America and the Caribbean by climate-related and geophysical events, in which 312.000 of them died. The consequent rises in food insecurity and poverty are major drivers of mobility. Increasingly, Central America is also suffering from floods and storms, mudslides and landslides, while arid areas are affected by droughts. In South America, disasters are significant drivers of internal displacement, with both rapid- and slow-onset disasters, such as floods, landslides, and droughts having widespread impacts.

In 2020, new internal displacements in the region were triggered by disasters: 937,000 displaced people in Honduras, 639,000 in Cuba, 358,000 in Brazil (75% of them due to the extreme rainy season), and 339,000 in Guatemala. In 2021, after the rainy season in Brazil had begun ahead of time, a subtropical storm in Bahia resulted in floods, and ensuing landslides and rockslides, leading to at least 27 people dying and 523 becoming injured. The cyclone affected more than 950,000 people and resulting in 155 of Bahia’s 417 municipalities declaring a state of emergency.

Historically, migration in the region has flowed from South and Central America, and Mexico, to U. S. cities such as Miami, New York, Houston and Los Angeles. However, U.S. cities that receive migrants are also exposed to the mounting impacts of climate change. More extreme drought, wildfires, destructive storms and rising seas in U.S. territories are resulting in increased injury, death, and economic damages. Vulnerable communities, such as undocumented migrants, are at risk of damage due to exposure to these extreme climate events.

People in Latin America and the Caribbean are already experiencing the impacts of climate change on their health, and as these impacts grow, there will be more climate incentives to migrate. A recent study in the region found that rising temperatures will increase the risk of heat-related deaths, mostly linked to heat stroke, and predicted that this trend will continue into the future. Extreme climate events have been found to trigger outbreaks of climate-sensitive infectious diseases such as vector-borne diseases, like dengue fever and malaria, and water-borne diseases like cholera. With large-scale human displacements, such as the recent massive Venezuelan migration, these diseases can spread across ecological and political boundaries, making the containment of outbreaks even more difficult to manage in migrant and local populations.

People whose livelihoods depend on water and soil, such as small scale fishers and farmers, may be the most likely to migrate due to climate causes. They also bear the impact of other climate-associated changes, such as Uruguayan fishing communities who are reliant on clam harvests, which have dramatically reduced  as a result of warming ocean temperatures.

An increase in temperature and a decrease in rainfall in the Amazon region is displacing indigenous populations away from land that is part of their cultural identity, land which is already under pressure from industry and urbanization. Less access to basic services, such as health care, clean piped water and education, and jobs, further compels them to mobilize. By 2010, at least 50% of the indigenous population (approximately 50 million) in the region had been forced out of their lands or intentionally migrated to urban areas, where they are vulnerable to discrimination and marginalization, as they strive to enter the formal economy.

Responding to climate change and migration

Migration in Latin America and the Caribbean will continue to rise under the dual pressures of climate change and dire social inequities. Governments need information and tools that allow them to predict and respond to internal and international migration events and adapt to changing climate conditions. Climate information, such as forecasts of extreme climate events, can be used by migration specialists to plan actions to prevent and respond to humanitarian crises. This will require bringing together the migration and climate sectors with other relevant sectors.

To address the need for climate-informed tools, the Inter-American Institute for Global Change Research (IAI), the US Global Change Research Program (USGCRP) and AmeriGEO have partnered with countries in the region to co-design an Initiative for Enhancing Capacity for Climate Risk Assessment and Catalyzing Partnerships to Inform Decisions in Latin America and the Caribbean (LACI). Representatives from Ministries of Environment and other sectors are working to develop national climate impact assessments and to identify strategic climate change adaptation actions, such as early warning systems.

Finally, countries should join forces to seek solutions to reduce greenhouse gas emissions, particularly by the highest emitting countries, while addressing the underlying causes of migration, that is, deep social inequity and fractured governance. 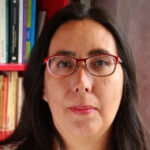 Science and policy advisor at IAI (Inter-American Institute for Global Change Research) and member of the International Council of the Global Society on Migration, Ethnicity, Race and Health.