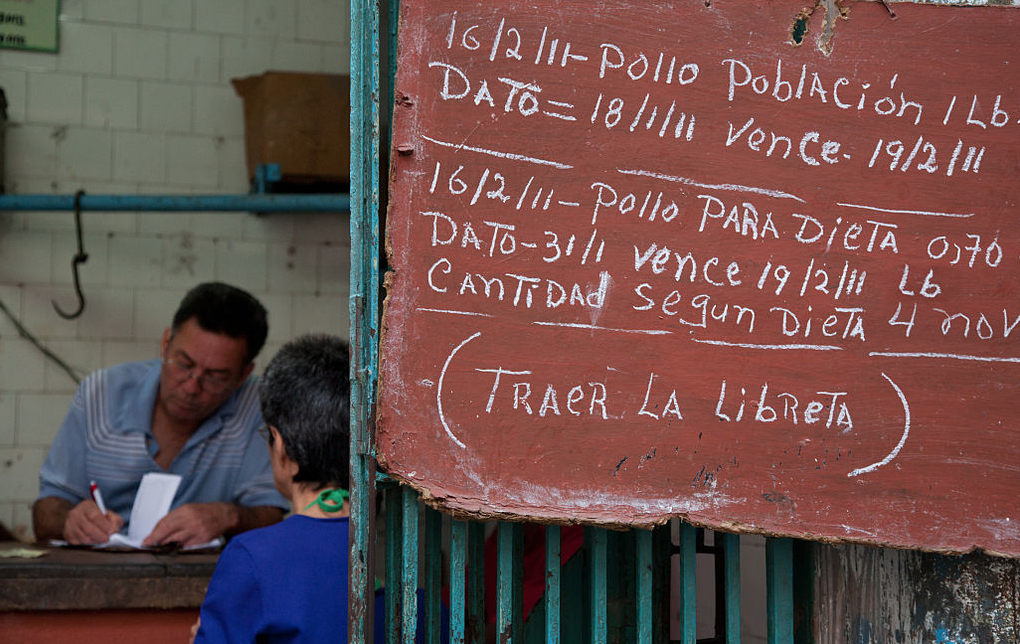 In his speech before the United Nations’s General Assembly on September 23, Cuban President Miguel Díaz-Canel stated that “despite the obstacles, the Cuban government, with extraordinary efforts and despite shortages and difficulties, guarantees the universal right to food through the basic family food basket (the ration booklet), which all Cubans receive, and which includes 19 basic food products at affordable prices”. However, the reality of ordinary Cubans is far from what the president stated. The food basket does not cover all 19 products and those included are not enough, neither in variety nor in quantity, to cover the needs of a whole month.

In practical terms, a booklet is given to each family, where the names, ages and sex of the people in the family are included, and with this booklet they collect the food. There are products that arrive once a month, but it is common that not all of them arrive on time, so people wait until the middle or the end of the month to collect all the products in the warehouse and thus avoid going there more than once.

What is included in the basket?

Although not all people say they receive the same products, the most common ones are rice, white sugar, brown sugar, grains -generally peas- coffee, spaghetti, beans, salt and matches. And in relation to meat, although there are variations, they refer to chicken or fish, mortadella, soy mince and eggs. Children and elderly people have a special diet and receive additional products.

If the products in the basket are not enough to complete the month, Cubans can go to the stores that use national currency. However, these sell only one or two products and to get them people must wait in long lines. And queuing does not guarantee that you will get the products you are looking for, as it is common for these products to run out, so people must return. In addition, the products are usually rationed and sold in limited quantities.

Given these circumstances, in October 2019 the government decided to open stores in Moneda libremente Convertible (MLC) –pesos convertible to dollars- so that people can access certain appliances and spare parts. But as of 2020, the instruction was given to also sell basic products under the argument of capturing foreign currency, and with these to supply the stores that sell in national currency. The reality in the last year is that the stores in local currency remain out of stock and the promise has not been fulfilled. Moreover, the policy has generated even greater inequality in access to food because not all Cubans can access MLC.

According to the Cuban Observatory of Human Rights, for 6 out of 10 families, the ration booklet only covers between 5 and 10 days, and in addition, 70% of the families surveyed indicated that there were shortages of basic foodstuffs in the last three months. This means that the ration booklet is insufficient to meet the food needs of the population and the supply alternatives are insufficient.

The most serious aspect of the situation is that 67% of those surveyed rate the family food supply as deficient, while 38% state that they have had to skip meals due to lack of money or resources. And although there are no records on the food consumed, it is to be expected that these do not meet the required diet given the circumstances of the island.

The government blames the blockade for the shortage situation, but the alternatives devised by the government itself, such as the stores in MLC, have ended up aggravating the situation. The right to food should be understood not only as access to food, but also as regular, permanent and unrestricted access to quantitatively and qualitatively adequate and sufficient food.

Therefore, Díaz-Canel’s speech, in addition to being full of falsehoods, is presented as an affront to Cuba’s international commitments, a country that is far from fulfilling its international responsibility in terms of guaranteeing Human Rights, and particularly the right to food.

Although the president mentioned his commitment to food security and the right to food, the island has not yet ratified, among others, two of the most important human rights instruments, which together with the Universal Declaration form the International Bill of Human Rights and are also part of the pillars of the mandate of the Special Rapporteur on the right to food.

However, it is necessary to remember that the obligations of States to comply with international human rights standards arise from the simple fact of being a member of this Organization and other sources of international public law and not only with the ratification of international treaties. Thus, Cuba is obliged to comply beyond the words without content uttered by its president.

Thus, Díaz-Canel’s discourse is not only alien to the reality of Cubans, but it is also contrary to the instruments effectively ratified by the Cuban State. The ration book, rather than guaranteeing permanent and unrestricted access to food, is a forbidden form of blackmail that generates dependence on the State to guarantee sustenance and a form of social control due to pauperization and waiting. 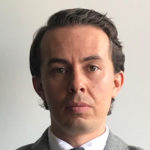