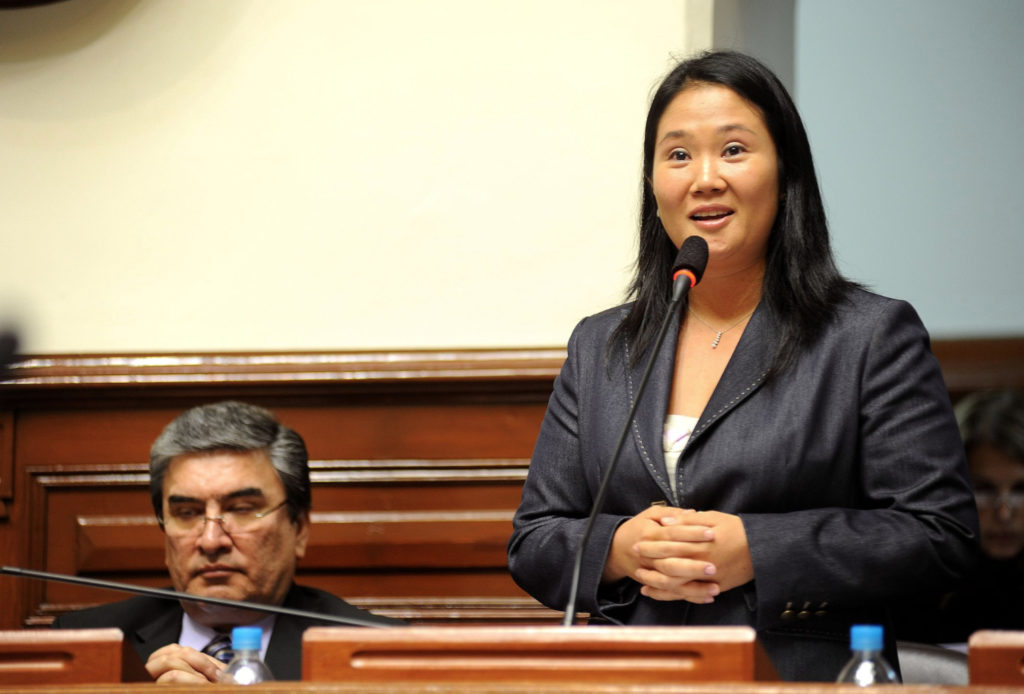 The arbitration of the national bodies -the National Jury of Elections and the National Office of Electoral Processes- and the international observers, among them the OAS, have declared that the Peruvian elections have been unobjectionable, clean and transparent. But Keiko Fujimori’s Popular Force party, which has been losing the election, has developed a legal strategy based on the idea that there is massive fraud. That is to say, there would not be a systematic fraud, but in some cases where Fujimori does not have the lead, the votes in these supposed instances would be annulled. This, in turn, could revert the 44,240 votes that distance her from Pedro Castillo.

The deadlines for filing nullities are defined by law. Subsequently, 594 of the 943 requests for nullification are pending appeal. These were rejected in the first instance by the electoral body because they were past the deadline. But Fuerza Popular insists in its defense that the deadline is a mere formality and that more substantive issues should be discussed.

In Peru, one of the principles on which the electoral processes are based is that they are preclusive. In other words, the act that is not carried out within the established time cannot be carried out. They are also peremptory, which means that there is no extension. This means that if the acts are not subject to the criteria, they would affect the electoral calendar itself and would open a gap for legal actions to develop infinitely, destabilizing the electoral process to the detriment of the adversary and the institution itself.

This is the objective sought by the defense of Fuerza Popular in presenting this set of appeals. One of them is the Habeas Data that was presented to obtain the electoral roll and create parallel processes with the purpose of proving a “fraud” of false signatures. Other examples are the requests for the annulling of polling stations with several procedural flaws such as the non-payment of official fees, the request for the aid of a computer system that had already been validated by all the parties prior to the elections, and the presentation of supposed expert reports with interpretations adjusted to their interests and without technical criteria or in accordance with the law.

The initiative of the defeated party is to delay the electoral process by any means possible. However, the electoral bodies consider the very act of annulling polling stations as one that goes against the legal sense of the rule of law. Furthermore, applying a decision that violates rights, such as annulling votes, goes against the sense of the law. In this case, there would not be a confrontation of rights, as it has been tried to demonstrate.

There is no contrast between the “right to democracy” and “procedural irregularities”. The context of the lawsuit is that one of the parties seeks to win at any cost to the detriment of the popular will and without evidence, as required by law. At least up to now, the electoral bodies have been acting in a neutral manner. Almost all the applications that were accepted within the deadline were dismissed because they did not comply with the law. Without concrete proof there is no fraud, just speculation.

Do not change the rules in the middle of the game

There is consensus that the rules governing an election should not be altered in the middle of the process for the benefit of one of the parties. To alter them would be to go against the constitutional order. But beyond the legal strategy, there is a more dangerous strategy which is to seek to subvert the constitutional order and prevent the proclamation of Pedro Castillo as President of the Republic, which would imply a coup d’état.

In this framework, this would mean agitation by a few members of the media in favor of popular mobilizations against Professor Castillo. They would seek to pressure the electoral bodies to compromise their own resolutions, the Organic Law of Elections, and even those based on the jurisprudence of the Constitutional Court.

The first movement that constituted an attempt at subverting the constitutional order was by congressman and former admiral Jorge Montoya of the extreme right. He called for the sedition and the non-recognition of the electoral results. Montoya was immediately denounced by the Public Prosecutor’s Office, an institution that acted in a considerate manner -given the delicate political moment- by not requesting preventive imprisonment or to prosecute him under the law of terrorism crimes.

However, a few days later, more than 300 former officers of the three arms of the military signed a letter stating that they would not recognize President Castillo. President Francisco Sagasti was forceful in his rebuttal and indicated that all signatories be investigated and prosecuted by the Public Prosecutor’s Office.

On the other hand, the newspaper El Comercio in a recent editorial, one of the most influential and one that has supported Keiko Fujimori, stated the need to respect the constitutional order and the decisions of the electoral bodies. The powers that be, such as the military in service, have expressed their opposition to taking sides in electoral events because they are fundamentally not deliberative forces. While the business sector is also betting on the path of institutionalism, it is at the same time pressuring Castillo to moderate his political program.

In any case, two scenarios can be visualized in the short term. One of obstruction to Castillo’s government in the framework of a zero-sum game where the legislature does not cooperate, and risks being dissolved according to constitutional precepts. In this case, the president could call for new legislative elections and with this he will have the opportunity to change the balance of forces.

The other scenario is that the relations between the Executive and the Legislature are an extension of the current electoral contest. The opponents of Castillo seek to sabotage the country and push it towards more radical positions with the purpose of provoking a rupture that could be detrimental to democracy itself, stability, and chaos.