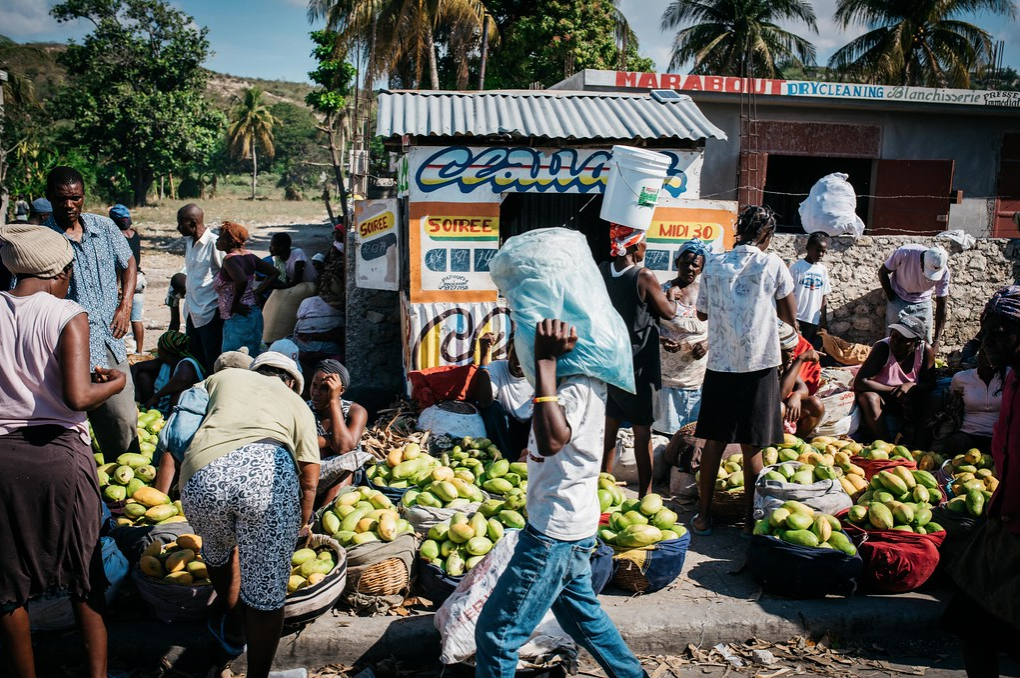 The first Latin American country to become a republic, Haiti is one of the poorest in the world. It has very low human and social development indices and eight out of ten of its 11.2 million inhabitants live below the poverty line, i.e. less than two dollars a day. Self-subsistence agriculture is the main mean of food supply in both rural and densely populated urban areas. The country, which includes the western part of the island of Hispaniola, is therefore under constant threat of not being able to guarantee regular and quality food for the majority of its population.

Nearly two-thirds of Haitians survive on subsistence agriculture geared to the domestic market, producing mainly cereals, legumes and staple foods, making agriculture the country’s main economic base. Approximately 78% of households are involved in some way in agricultural activities. And the cultivated area is divided into approximately one million agricultural units, of which about 80% are in the hands of small farmers with plots of less than 1.3 hectares.

These small farmers face major production difficulties such as loss of soil fertility, climate change, a weak financing system, restricted access to quality seeds and local market instability. But there are also challenges from a processing and marketing point of view due to poor infrastructure with poor storage capacity and lack of connections to roads and transport networks.

As the foundation of the national economy, agriculture plays a key role in food supply and income generation at the local level. In addition, the sector is key to increasing the resilience of other economic activities and adapting the country to risks imposed by natural disasters. Therefore, Haitian agriculture could not only significantly improve the country’s food security, but also boost its economy and make the country more environmentally secure.

Between 1998 and 2012, a period of relative growth in Latin American and Caribbean economies, Haiti’s expansion was just 1.0% per year, well below what is needed to reduce poverty levels. But in 2019, the country further reduced its reduced growth to 0.7%.

In the first year of the pandemic, according to UN estimates, the Haitian economy contracted by 2.0% and this year the decline is expected to be around 1.8%. The pandemic, therefore, adds as one more element to the already complex national scenario, resulting from years of political instability, civil war and natural disasters such as the 2010 earthquake and Hurricane Matthew in 2016.

Towards a productive transformation

Haiti’s geography, agricultural potential, natural resources, culture and history make it a country rich in opportunities. However, to initiate a process of productive and social transformation, clear, comprehensive and tailored policies are needed to support smallholder farmers and small and medium-sized enterprises that are part of the agricultural value chain.

First, diversification of income sources among rural households should be promoted. By diversifying agricultural production, the associated risks would tend to be reduced, leading to higher incomes and improved national food security. All this would make the country more resilient and less vulnerable to shocks.

And, second, the performance of rural markets must be improved. Agricultural productivity suffers from the limited availability and high costs of production inputs. In addition, the lack of reliable access to markets reduces interest in investing in improving agricultural production.

With this in mind, policymakers and other actors should focus on expanding diversification and improving access to markets, financial instruments, and agricultural and climate technology assistance. Policies that promote and strengthen urban-rural linkages are needed to facilitate smallholder farmers’ access to markets.

Such policies should incentivize farmers to increase production, processing and marketing through access to credit, agricultural insurance, prioritization of local production, encouragement of the private sector to engage with small farmers. In addition, the creation of production and marketing cooperatives, farmers’ associations and incentives to protect and preserve the environment should be supported.

To this end, research should be strengthened to identify the most appropriate agricultural activities for each agroecological production zone. The strengthening of extension services with initiatives such as the Farmer Field Schools or FAO, and greater availability and accessibility to key inputs such as seeds and fertilizers should also be encouraged.

In addition, off-farm activities should be promoted to diversify the sources of income of rural families. This would help reduce vulnerability and establish long-term planning, which is essential to address the climate risks so prevalent in the country.

To this end, investments should be directed at reducing barriers to basic education, vocational training, seed capital, access to basic services and markets. “Smokeless industrialization” could be used as a framework for pursuing structural change, not only in sub-Saharan countries and communities as has been discussed in global forums, but also in Haiti and other Caribbean countries.

Finally, the extension of credit and the reduction of the cost of production are directly associated with the reduction of risk, which in Haiti has a strong climatic content. For this reason, the adoption of innovative financial instruments such as parametric insurance could be a useful tool.

Sharing risks with different regions and markets – local and external – would be a first step towards strengthening financial markets and creating supranational institutional arrangements that would increase the amounts available to farmers. This would expand their markets and reduce risks related to hurricanes and floods.

This type of insurance, by linking lower risk to the development of technologies and the adoption of climate-friendly measures, would act as a motivating force for the adoption of new practices. And especially those suggested by the Food and Agriculture Organization of the United Nations (FAO), to ensure that countries and stakeholders are resilient to climate change.

Robson Dias da Silva is an economist and professor at the Federal Rural University of Rio de Janeiro (UFRRJ). PhD. in Economic Development from the State University of Campinas (UNICAMP). 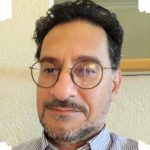 FAO Deputy Representative in Haiti. Expert in rural development, the analysis of agricultural production systems and institutional capacity building. At FAO, he has worked on food security, environment, agro-industry, among others issues.