Juan Bromley tells in Las viejas calles de Lima (The Old Streets of Lima) that in 1601 a Rímac flood partially destroyed the levee that protected the convent of San Francisco. The town council then ordered a repair to prevent the total destruction of the levee by the current, which “approached and destroyed the site and shore behind the convent, where there are a large ravine and a precipice”.

Peru’s Government Palace, where the President has his office, is located a few hundred meters from there. The present situation that Pedro Castillo is facing resembles that of the convent at the beginning of the XVII century: the political barrier that protects him is largely collapsed, the current threatens to destroy what has left of him, and behind him, a large cliff opens up.

The work which Castillo intends to restore his battered dam is not minor: nothing less than a new Constitution. But regardless of its dimensions, the project has all the characteristics of a botched job. Precisely the same year in which the city council of Lima repaired its dam, the word “chapucero” appeared for the first time in Spanish, taken from the French “chapuisier“: an official who does works rudely, according to the etymological dictionary of Corominas.

Let us analyze, then, the plans drawn up by architect Castillo for its construction. Let us begin with the form: in a text of barely a dozen pages, we can detect some thirty or so errors: spelling, grammatical, syntactic, typing, and formatting errors.

Let us now turn to the content. The document has two sections: the Bill and the Explanatory Memorandum.

The former, despite being brief and mostly technical, includes some details worth paying attention to. It states, for example, that the Constituent Assembly will have a popular and plurinational character. As of today, Peru is not a plurinational State. The current Constitution states that “The State recognizes and protects the ethnic and cultural diversity of the Nation” (Article 2, paragraph 19). Ethnic plurality, not national plurality.

It is not a question here of denying the plurinational character of the Peruvian State, but of alerting about a blatant contradiction. While almost the entire document is dedicated to the participation of the people and the exaltation of democracy (let us recall the popular character assigned to the Constituent Assembly), it decrees, however, the plurinational nature of the Peruvian State with a stroke of a pen, without prior consultation with these peoples. The debate on the essence of the nation, which in other countries reaches huge extensions, is drafted by Castillo in one line.

Let us turn to the Statement of Motives: what does the reader imagine he/she will find there? Perhaps, as its name indicates, the reasons for proposing the drafting of a new Constitution? Well, dear reader, lose hope: there is everything but that.

The first heading deals with the Constituent Power and the total reform of the Constitution. That is to say, it explains – with astonishing ignorance – the capacity of people to set themselves up as Constituent Power and the difference between a partial and total constitutional reform. There is no trace of arguments supporting the need for these fundamental changes, presenting the defects and inadequacies of the current Constitution.

The following heading rigorously follows the line of the previous ones: it explains what is unnecessary and leaves without reason what requires justification. It is devoted to the constituent moments; or, rather, to the theory of constituent moments. Because there are no more than general academic categories there; not even a whit of argumentation on why Peru would be in a moment of that kind.

The sloppiness of the project reaches here one of its critical points: it quotes an academic piece that describes the constituent moment as a circumstance of consensus. Consensus! Interesting concept to refer to an initiative that barely managed to collect 50,000 signatures during a campaign that has traveled all over the country, led by Vladimir Cerrón, leader of Perú Libre, the party with which Castillo became President.

It is an initiative that is a priority for only 8% of Peruvians and is rejected by 60% of them, according to an Ipsos survey, precisely because they consider that it is not the right moment and that a process of such importance requires a more extensive discussion; and it is opposed by a large part of the parliamentary arc.

“Comparative legislation” is the following title. Under such a heading one would expect an opera Magna that follows the destiny of Latin American legal thought. The reality, however, is a little less generous: three lines. I am not exaggerating. Three lines, with their corresponding drafting errors, followed by an empty graphic with its corresponding formatting flaws.

The Explanatory Memorandum continues with the positions of the political parties. If one does not take the time to read the fine print, one may think that this is an effective strategy to account for the national consensus on the need for a constitutional change. But the editor wanted to start the section by taking up a communiqué from Alianza Para el Progreso: the party would accept a reform of the Constitution “as long as it is done respecting the laws and with a broad social and political consensus, and through Congress”. Let us reiterate: as long as it is done with a broad social and political consensus. It is really fabulous: the President offers in the Statement of Motives the arguments against his own project.

The following title, “Subject and aim of the proposal”, establishes the procedure for the constitutional reform, the corresponding referendum, the election of assembly members, and the terms for the elaboration of the constitutional text. The reasons for the reform continue, for the time being, to be conspicuous by their absence.

Determined to sustain this conspicuous absence until the last page, the President reserved for the end a truly memorable scene. “Cost-benefit analysis.” Review these three words as many times as necessary until you are convinced that your eyes are not deceiving you. Cost-benefit analysis. If Castillo’s rivals in the 2021 electoral campaign expressed their fear that the teacher would lead Peru towards communism, they can rest assured: the President has embraced capitalism and business thinking to such an extent that he evaluates the convenience of a constitutional reform using Goldman Sachs vocabulary.

But it is not all in the title: the content of the heading deserves similar attention. The great benefit of renewing the country’s political foundations would be, according to the document, that citizens will be able to participate in the process, electing their representatives and thus taking democracy to levels never before imagined. The cost, on the other hand… Oh, the cost! Where did the editor leave it? In short, we must conclude that it is, as befits the neoliberal novice Castillo, an operation typical of a Wall Street hawk: all profit, zero cost.

Let us finish now: the last three paragraphs deal with the analysis of the impact of the rule in force on the national legislation. By now, the reader can already imagine what is hidden behind such a grandiloquent title. And he is not mistaken: more of the same. That is to say, more emptiness. That it is proposed to reform the Constitution, that citizen participation is encouraged, and that it is up to the President to call the same old referendum.

The Convent of San Francisco de Lima is a World Heritage Site. Thanks to the suitability of the work projected in 1601, which put it safe from the destructive currents, it is still standing for our enjoyment four centuries later. The same ones that would have been swallowed by the precipice if the Lima engineers had executed a botched job like Pedro Castillo’s. 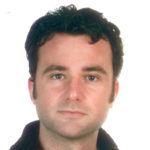