Recently, the narrative about a supposed recovery of the situation in Venezuela has gained strength. Maduro and his collaborators, including national and international allies, as well as the media, have begun to spread the idea that conditions are improving and that Venezuelans are beginning to return. Despite the warnings made by different international organizations and civil society organizations the causes that provoked the complex humanitarian emergency still remain. Despite this, the promotion of this narrative has continued and, in some cases, is confused with other attempts to normalize the current political regime. Considering this narrative, it is important to contrast these visions with reality.

The dimensions of the economic collapse and its social consequences

According to the International Monetary Fund (IMF), between 2013 and 2021 the Venezuelan Gross Domestic Product (GDP) experienced a reduction of more than 80%. According to the same organization, Venezuela closed 2021 with an average GDP per capita of US$ 1,685, the lowest value among the countries of the American continent. This reality was the consequence of almost two decades of erratic policies such as price controls on products and services, excessive public spending, the nationalization of a hundred companies, and foreign currency exchange controls.

To this must be added scandalous cases of corruption, the collapse of the oil industry due to the abysmal administration of the state-owned PDVSA, and as of 2019, the imposition of sectoral sanctions. During the same period, the national economy experienced one of the longest hyperinflation cycles ever observed in history, destroying the value of the bolivar and the savings of families. Compounding the situation, during those years there was a general collapse of public services.

As a result, according to the ENCOVI survey, between 2013 and 2021 the income poverty rate increased at an accelerated rate to over 90%. In 2019, the dramatic situation led the UN High Commissioner for Human Rights to qualify it as a complex humanitarian emergency.

The humanitarian crisis caused irreparable damage throughout society as shown by the documented cases that were reported recently. In 2020, the World Food Program ranked Venezuela as the fourth country in the world with the highest proportion of the population in a situation of acute food insecurity (9.3 million Venezuelans, equivalent to 32% of the population). In addition, more than 6 million people left the country, provoking the largest migratory crisis ever seen in the Americas.

The government’s response was to deny the crisis, prolong policy decisions that caused the economic collapse, blame others and turn its back on a population desperate to survive. Starting in 2018, in an implicit recognition of the failure of economic policies, Maduro lifted price controls and tariffs for the importation of food and other products, allowing products and services to be transacted in foreign currency, and began to collect inorganic money from the street to control hyperinflation and began to offer expropriated and bankrupt companies to their former owners, the boli-bourgeoisie or international allies.

Stabilization in the ditch?

In the last quarter of 2021, according to data from the regime itself and estimates from different analysts, the Venezuelan economy showed signs of growth again. Since the end of last year, inflation also showed signs of deceleration.

In this new context of disorganized economic liberalization and where legal security is conditioned to the will of the political regime, some economic sectors began to show signs of partial recovery, mainly those associated with the commercial and services sector oriented to final consumption.

By 2022, different analysts agree that the economy should grow at rates between 5 and 20% compared to the size of the national GDP today. However, they also point out that the sectors showing signs of recovery are of low productive depth and low value added.

The partial shoots of prosperity in the new crony capitalism are also limited to a small proportion of the population with access to foreign currency, deepening the exclusion of the majority of citizens. According to estimates by the consulting firm ANOVA, between 2020 and 2021, while the average income of the economy increased by 65%, the income of the poorest 30% of the population fell or remained stagnant.

Meanwhile, the country presents serious structural problems that impede its recovery and perpetuate the path of widespread impoverishment that began in 2013. The labor unemployment rate remains at over 40%, equivalent to almost 9 million people of productive working age, but who are outside the labor market. In July, according to CENDAS-FVM calculations, the minimum wage stood at US$23.04 per month, while the cost of the basic basket is estimated at US$460.

In 2022, Venezuela was excluded from the report on acute food insecurity, presented by the World Food Program and FAO, due to the difficulties of these organizations to access data. However, according to recent estimates by the respected specialist in protection and humanitarian assistance, Susana Rafalli, between 10 and 11 million Venezuelans have urgent humanitarian needs.

In this context, the migratory flow continues. According to the latest update of the R4V platform, the number of Venezuelans abroad is 6.8 million people and various analyses confirm that many more Venezuelans are leaving than returning.

As shown by the evolution of socioeconomic indicators, what is happening in Venezuela is far from being a recovery. It is difficult to speak in terms of stabilization, considering the dimensions of the collapse suffered. What is certain is that the vast majority of the population is still living in poverty, one-third of the population is hungry, and many more people are leaving than returning. Therefore, it is necessary to say that the recovery narrative is irresponsible and does not contribute to encouraging the international community to continue supporting efforts to address the humanitarian emergency inside and outside Venezuela. 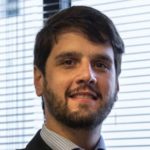 PhD. in Public Policies, Strategies and Development from the Federal University of Rio de Janeiro (UFRJ). He is currently a postdoctoral fellow at the Human Resources Program of the National Agency of Petroleum, Natural Gas and Biofuels (ANP).