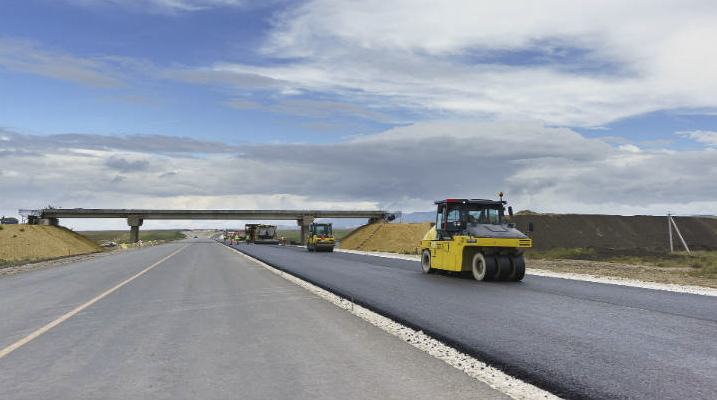 “The south of Mato Grosso can very well be defined as the future platform where we will receive everything we have to bring to Santos. Specifically, the sector between Corumbá, Campo Grande and Ponta Porã will have, in the not too distant future, the political-economic importance of a Mediterranean Santos”. These words are from Mário Travassos, pioneer of geopolitics in Brazil, in his classic text of 1931.

After almost a century, it seems that the antagonism between the Atlantic and the Pacific is beginning to be overcome by road corridors in underdeveloped regions. The bioceanic road corridor is a physical integration project that will connect Porto Murtinho (Mato Grosso do Sul) with the ports of northern Chile, near the Tropic of Capricorn. The first road that crosses the Paraguayan Chaco in an east-west direction is being paved and should be completed in 2022. The sections in Argentina and Chile are ready and need rapid improvement. The resources for the bridge between Porto Murtinho, in Brazil, and Carmelo Peralta, in Paraguay, are already approved by Itaipu Binacional. The completed work is expected to be ready in 2023.

In the last four decades, investment in infrastructure in Latin America has been far below the world average

Although with the merit of assembling a portfolio of more than 500 infrastructure projects updated annually, investments did not increase at the expected rate. IIRSA was no longer updated in December 2017, when South American planning ministers met for the last time on the eve of the collapse of Unasur and regional infrastructure governance. All projects involving more than two countries were paralyzed, except for the bioceanic road corridor from Puerto Murtinho to northern Chile.

This corridor project was formalized in 2015 to allow the development of regions that were not adequately included in national and regional integration processes, such as central-western Brazil, the Paraguayan Chaco, northwestern Argentina, and northern Chile. The Working Group (WG) created by the presidents of Argentina, Brazil, Chile and Paraguay resisted the changes of governments and political orientations in the four countries. The explanation for this exceptionality lies in the global geoeconomic changes, the economic dynamism of Mato Grosso do Sul and its neighboring regions, and the commitment of its sub-national governments.

The enormous Asian economic dynamism has recently exerted an impressive power of attraction. Twenty years ago, less than 2% of Brazil’s exports went to China. In 2019, a record 28% was reached. In the first eight months of 2020, the Asian giant alone accounted for 34% of Brazil’s total sales. This year, for the first time in history, more than half of Mato Grosso do Sul’s exports were to China and more than 2/3 to the Asia-Pacific region as a whole.

This movement is one of the factors of the boom of the Brazilian Midwest, an agro-exporter one, in the last four decades. This period coincides with the relative decline of the industrialized regions of the south and southeast. These characteristics have only intensified in the last period.

If Brazil’s total exports fell by 7% in the first eight months of 2020 compared to 2019, exports from Mato Grosso do Sul increased by 13%

If Brazil’s total exports fell by 7% in the first eight months of 2020 compared to 2019, exports from Mato Grosso do Sul increased by 13% in the same period. If imports from all Brazilian states decrease dramatically in 2020, fertilizer purchases increased, particularly in Mato Grosso do Sul. The state increased potassium fertilizer imports by 60% this year. The main supplier of this product is Canada. The route begins in Vancouver, crosses the Panama Canal to land in Santos and travels more than 1,000 kilometers to reach the farms in central Mato Grosso do Sul. It is much cheaper and faster to reach the ports of northern Chile and travel 1,400 km to be in Porto Murtinho-MS.

Despite the dismantling of regional organizations, the bioceanic road corridor has continued to promote meetings to date and the work of the Working Group has advanced considerably. Studies by the Institute of Applied Economic Research (Ipea) and the Planning and Logistics Company (EPL), both Brazilian government institutions, show that logistical gains from exports through the corridor could reach US$500 million per year for Mato Grosso do Sul products in exports to the Asia-Pacific region, concentrated in pulp, maintaining current quantities.

The challenge is for the bioceanic corridor to be a catalyst for a development network that extends its benefits beyond the already consolidated export sectors, such as soybean, pulp, and traditional meats. As the corridor makes exports more competitive, it opens up opportunities to promote intraregional trade (which has been declining in recent years) through the development of regional value chains.

The corridor will enable the articulation of small and medium-scale production in central-western Brazil, Paraguay and northwestern Argentina with Chilean production chains that already have structured logistics in Asian markets. For example, exotic meats produced in the Pantanal, which does not have sufficient scale to reach Asian markets, will depend on the networks of Chilean fish exporters. The production of dairy products from the Paraguayan Chaco will be expanded to markets in western Brazil and northern Chile.

The land corridor will be much better used if it is linked to the railroads and waterways. The first commander of the Agulhas Negras Military Academy saw Mato Grosso as the great corner of Brazil in the heart of the continental mass. It is the space where the roads between the Atlantic and the Pacific cross and the basins of the Plata and the Amazon. The agricultural dynamism, the Asian demand and the ongoing infrastructure works may finally mark the beginning of what Captain Travassos in the 1930s imagined as the Mato-grossense Era.