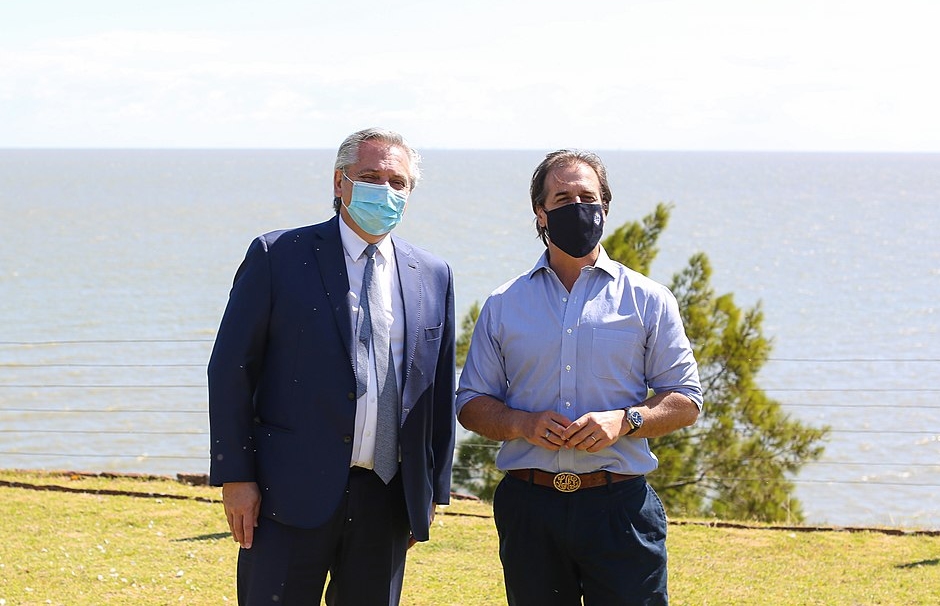 In the last decade Brazil has been losing its regional protagonism and this vacuum has been tried to be filled by several presidents, all of them failed. Will it be different with Uruguay’s Luis Lacalle Pou?

In 2017, Peru’s Pedro Pablo Kuczynski proposed the creation of the Lima Group to address the Venezuelan crisis. In 2018, Colombia’s Iván Duque, in his first week in office, decided to leave Unasur . And in 2019, Chile’s Sebastián Piñera brought together six other presidents of the region to create the Prosur Forum to replace Unasur.

Brazil’s Michel Temer and Jair Bolsonaro have not participated directly in any of these initiatives. In all three instances, after a few years the attempts fell far short of presidential voluntarism.

The Lima Group became innocuous after the Venezuelan adventure of the self-proclaimed Juan Guaidó. Some more recently elected presidents such as Argentina’s Alberto Fernandez and Bolivia’s Luis Arce, and the candidate for the post, Andres Arauz, who went through to the second round in Ecuador, have called for the restructuring of Unasur. The Prosur Forum has not yielded results in regional concertation, not even to coordinate efforts to address the public health effects of the pandemic. And Bolsonaro has not attended any of the three Prosur virtual meetings organized by Chile in 2020.

Now it appears to be the turn of Uruguay, led by Lacalle Pou, to take the lead.

Faced with the panorama of economic disintegration and political fragmentation prevailing in South America, the President of Uruguay received Alberto Fernandez in Colonia del Sacramento last November. This February he visited Bolsonaro for lunch at the Alvorada Palace, and invited Paraguay’s Mario Abdo on Shrove Tuesday for talks in Punta del Este.

All the meetings shared some common features. They were informal and without official statements or joint communiqués from the Ministries of Foreign Affairs. The agendas of the three talks were guided by Uruguay. Accompanied by less important issues for the interlocutors, the flexibilization of Mercosur was always the main topic.

The Uruguayan agenda of Mercosur flexibilization is a euphemism for eliminating the Common External Tariff (CET), which obliges all countries in the bloc to charge the same rate on imports of products from outside the bloc. The CET is the instrument that ensured the high growth of intra-bloc trade between 1991 and 2011, but has lost steam due to the industrial crisis in Brazil and Argentina, political fragmentation and the increased presence of China.

High Chinese demand for the bloc’s primary products has guaranteed abundant foreign exchange in recent years and has anesthetized the industrial export effort of member countries.

In Uruguay, Mercosur’s flexibilization seems to have internal legitimacy. After all, between 2015 and 2019 its economy grew while Argentina’s and Brazil’s remained stagnant. Lacalle Pou advocates that Mercosur abandon the ECT and that each member individually negotiate trade agreements with third countries or blocs.

Among Mercosur’s four founding members, Uruguay’s economy was the most integrated with its neighbours prior to the 1991 Treaty of Asunción. The country has maintained its tradition of not automatically aligning itself with any of its neighbours and Uruguay’s own independence can be understood as functional to the détente between Brazil and Argentina. Now it seems to be promoting its distancing from both, which would be an unprecedented move.

Lacalle Pou had already given a signal at the virtual Mercosur meeting in July 2020 where Paraguay handed over the presidency of the bloc to Uruguay. He focused his speech on defensing “de-ideologized” relations with China and on the importance of agricultural specialization of the region’s economies. The reaction was of low intensity. Attention was focused on the Mercosur-EU agreement, whose negotiations have been dragging on for more than two decades and which in the last year have not made any progress and have lost ground in the face of presidential concerns.

Chinese dynamism has anesthetized regional integration. Commercially, Uruguay also represents less and less for Brazil. If in 2018 Brazil had a surplus of US$1.8 billion, in 2020 this was reduced to one third. Brazilian exports to Uruguay fell by 40% in two years.

Uruguayan exports to China are concentrated in only two agricultural products, meat and soybeans, in contrast to industrialized and diversified exports to Brazil and Argentina. Intraregional trade is more accessible to small businesses and generates more and better jobs. However, the specialization promoted by the Uruguayan president implies deindustrialization and fewer jobs linked to foreign trade.

Lacalle Pou is right to encourage regional dialogue and to worry about the costs of an ideologized policy towards China, Mercosur’s main trading partner. But he is wrong to believe that Uruguay alone will be able to negotiate better with extra-regional partners.

The trend towards the construction of regional blocs, although unstable in recent years, continues to strengthen. Everywhere, the cost of leaving a regional agreement is much higher than that of remaining in it.

The concrete result of making Mercosur more flexible would be greater productive specialization and greater interdependence with China. Even with China, Mercosur could negotiate better together. Argentina, Brazil, Paraguay and Uruguay together account for three quarters of China’s total soybean imports, as well as 37% of meat and a quarter of cellulose. All these products require a lot of land and water. China depends on Mercosur to ensure the growth of its protein consumption but, due to political incapacity, the bloc has so far failed to take indirect advantage of this situation.

Dialogue is especially important in Mercosur because much of its trade is managed. When the economic ministers of Brazil and Argentina do not talk, trade between the two countries slows considerably. Part of the decline in intra-regional trade is the result of political fragmentation. There are other regional integration instruments that need to be modernized, such as the ALADI Reciprocal Credit Agreement, which is also based in Montevideo.

In the current scenario of economic disintegration and political fragmentation in South America, Uruguay may seem like an island of prosperity in a sea of instability. But its medium-term stability will be compromised by the lack of harmony between Argentina and Brazil. Lacalle Pou may succeed in sitting Alberto Fernandez and Jair Bolsonaro at the same table, but he is unlikely to have the same success dealing with economies 200 times larger than his own.

Uruguay would gain much more by promoting dialogue between its two neighbours and helping to build a consensus agenda in South America than by negotiating alone with China, the United States or the European Union.