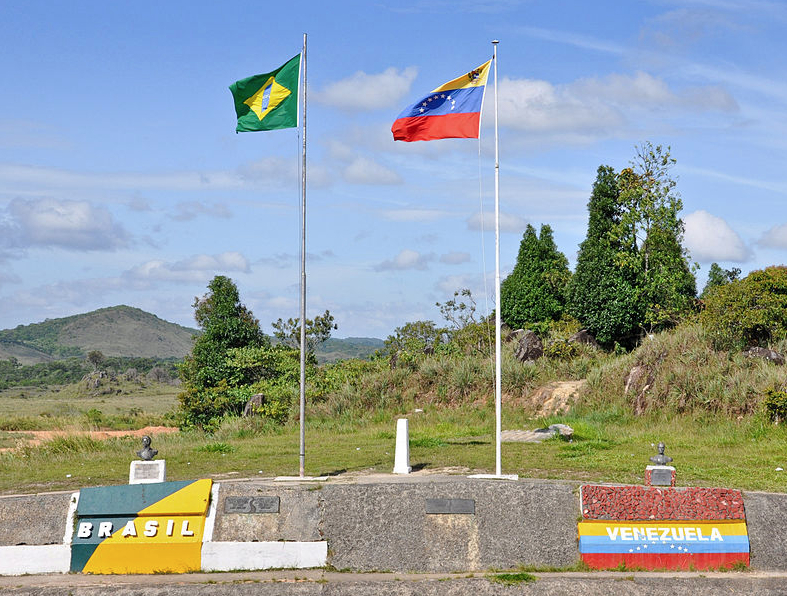 In January 2019, South America witnessed the inauguration of Jair Bolsonaro in Brazil and the self-proclamation of Juan Guaidó in Venezuela. The following month, the Brazilian foreign minister, in coordination with the United States, Colombia and the Venezuelan opposition, took two vehicles loaded with rice, milk and low-complexity medicines to the border between Brazil and Venezuela under the narrative of humanitarian aid.

This was the peak of the migratory flow from Venezuela to Brazil and the political pressure from Brazil and its allies against the regime of Nicolás Maduro. Venezuela kept the border closed for a few thousand dollars and the practical effect of the operation was zero.

Two years later, the pandemic cooled migratory pressure, but the commercial flow on the border between Pacaraima and Santa Elena de Uairén has never been more intense. This phenomenon is even more surprising when one considers that intraregional trade in South America ended 2020 at its worst relative level since the creation of Mercosur and that political fragmentation among the countries of the region has increased considerably.

For the first time in history

In 2020, for the first time in history, two Brazilian states had their main export destination in a single neighboring country. They were not states on the southern border with Argentina or on the western one with Peru. Last year, Roraima and Amazonas sold more to Venezuela than to any other country in the world. The other 25 units of the Brazilian federation had as their main export destination countries outside the region, 15 to China and six to the United States.

The state of Roraima, which was Brazil's smallest exporter, multiplied its foreign sales more than tenfold in two years Click To Tweet

The state of Roraima, which was Brazil’s smallest exporter, multiplied its foreign sales more than tenfold in two years, rising from 15 million in 2018 to 200 million in 2020. More than three quarters of everything Roraima has exported in the last two years has been destined exclusively to Venezuela. This figure would be significantly higher if informal border trade is considered.  No other state has such concentrated foreign sales. In 2019, Roraima’s GDP grew by 4.3%, while the Brazilian average was 1.1%. The trend intensified in 2020.

The explanation, of course, is not Venezuela’s economic dynamism. Venezuela’s GDP has plummeted by 70% since 2013, the worst performance in the world. This is one of the side effects of the economic sanctions applied by the United States against Nicolas Maduro’s regime and several Venezuelan institutions. It is one of the fruits of the positive agenda designed between Brazil and Venezuela in the 1990s and three decades of migratory flows, very acute in the last five years, that stimulate border trade.

The migration to Roraima

Internal migration to Roraima was stimulated by the Brazilian governments in the effort to occupy the Amazon. Most of the migrants came from poor areas of northeastern Brazil, attracted by the expansion of mining during the military regime (1964-1985). Under the governments of Sarney (1985-1990) and Collor (1990-1992), the struggle against garimpo, as informal mining is known, generally on a small scale, during the preparations for the UN Conference on Environment and Development (Rio-92), led to a wave of migration from Roraima to Venezuela, accompanied by several incidents and massacres of indigenous people. A significant number of Brazilians who had gone to Venezuela migrated back to Guyana and Suriname in search of isolated mines.

In less than a decade, hundreds of kilometers of new roads and power transmission networks physically integrated the two countries. Click To Tweet

The reaction of the governments of Itamar Franco (1992-1994) and Rafael Caldera (1994-1998) was to build a positive agenda, the Guzmania Protocol, articulated by Foreign Minister Celso Amorim in 1994. It was a positive agenda and one of integration between the two countries. It led to the paving of major roads and the interconnection of the Bajo Caroní and Boa Vista hydroelectric power plants. In less than a decade, hundreds of kilometers of new roads and power transmission networks physically integrated the two countries. Roraima began receiving Venezuelan electricity, and Manaus, bathed by the Amazon River, was joined by Puerto Ordaz, on the banks of the Orinoco, by 1580 km of suitable road.

Venezuela was one of the three countries in the world with which Brazil had the largest trade surplus between 2007 and 2012. The balance was quite favorable for Brazil. However, trade expansion was not accompanied by productive integration.

The Venezuelan economic crisis, the decline in Brazil’s regional prominence and the political distance between the two countries caused bilateral trade to drop sharply between 2014 and 2018. Both São Paulo’s manufactured goods and agricultural products were transported by ship and formal trade at the land border was negligible.

At the beginning of the Donald Trump administration (2017-2021), the U.S. extended economic sanctions against Venezuela. If they were previously focused on individuals at the top of the government, the sanctions, this time, included various Venezuelan economic institutions and companies from several countries that had relations with the country. Ships carrying rice from Rio Grande do Sul or Southeast Asia to Venezuela could not subsequently dock in the U.S.; companies involved in this operation would have their accounts frozen.

The US sanctions did not achieve the announced consequences: to weaken Nicolás Maduro, to strengthen Juan Guaidó and to force a political transition. On the contrary. Maduro apparently has more internal political power today than he did two years ago. Before, the resources of formal Venezuelan exports entered through the central bank, the Venezuelan treasury, or the subsidiaries of the state oil company and entered the formal state structures. Now exports are informal and are managed by parallel structures associated with the regime, with much more discretion.

It is these informal exports that guarantee foreign exchange for Brazilian food imports transported by land in quantities thousands of times greater than humanitarian aid in February 2019. The significant increase in trade flows between the states of Roraima and Amazonas to Venezuela in the last 24 months was only possible because of the previous infrastructure and Brazil’s non-adherence to the policy of economic sanctions against Venezuela .

In addition to Venezuela, Roraima borders Guyana, the only country in the Americas that had economic growth in 2020. The lack of adequate infrastructure between Boa Vista and the capital, Georgetown, has prevented Roraima and Brazil from being associated with the recent development of this neighboring country.

Beyond the geopolitical issues involved, the recent economic dynamism of the Brazilian-Venezuelan border shows the untapped potential for intraregional trade in South America and the importance of adequate infrastructure. This is an important issue for the post-pandemic growth recovery agenda.