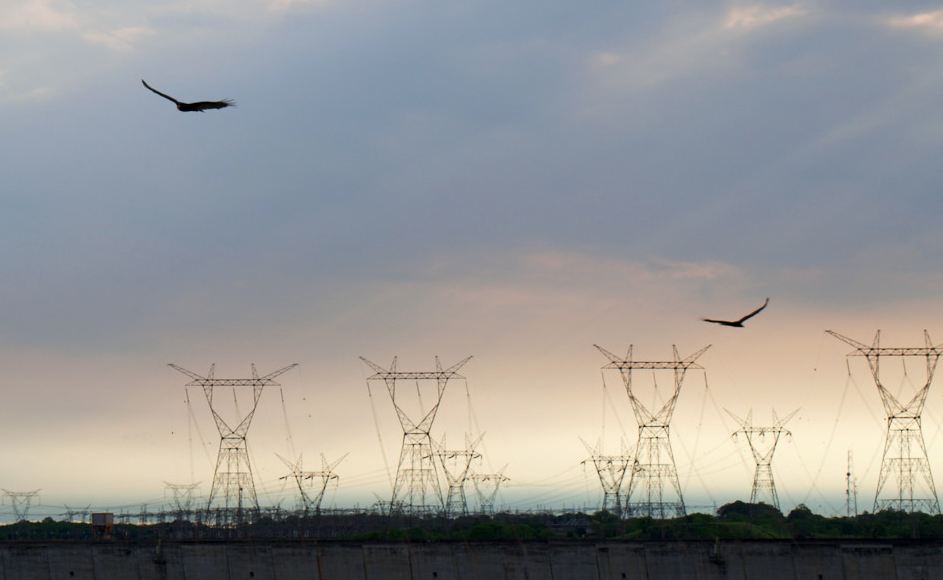 Amapá is a state in the extreme north of Brazil. Its capital, Macapá, is at latitude zero, over the equator. There is no communication by road to Brasilia or the other 25 state capitals of the country. Although it is possible to drive 10 hours to reach Cayenne, capital of the overseas department of French Guiana, a Brazilian can only cross the border with a visa – which would not be necessary if the visit was to Paris.

The isolation of 850,000 Brazilians living in the 142,000 square kilometers of Amapa has intensified in recent weeks.

Since November 3, the state has suffered the biggest energy crisis in its history.

Since November 3, the state has suffered the biggest energy crisis in its history. It has been four days of darkness. Then another two weeks of intermittent supply, affecting 80% of its population. The crisis has compromised access to the Internet, ATMs, gas stations and damaged public health. The municipal election in Macapá, scheduled for November 15, was postponed. On November 17 there was another total blackout. After 20 days the energy supply has yet to be normalized.

Reflections on the energy crisis in Amapá in recent weeks focused on the precarious performance of the concessionaire, the high costs and low quality of energy distribution services in some regions of the country and the slowness of government action.

The Spanish company Isolux controlled until 2019 the concessionaire Linhas de Macapá Transmissora de Energia (LMTE), responsible for the substation that was damaged and became the epicenter of the crisis. LMTE’s management was transferred to Gemini Energy, controlled by Starboard Asset, a fund specialized in managing assets in financial difficulties. This type of asset transfer from groups that have in engineering their main activity to conglomerates specialized in financial management has been recurrent in recent years.

Amapá’s permanent energy security, however, will only be guaranteed with the construction of an infrastructure ring throughout the Northern Arc or Guyana Island, including, in addition to French Guyana and Amapá, Guyana, Suriname, southern Venezuela, Roraima and the northern trough of the states of Amazonas and Pará. Brazil’s National Interconnected System (NIS) would work best if it counted on Guyana and Suriname’s hydroelectric power generation potential.

Most of the hydroelectricity production in the Brazilian Amazon is concentrated in its southern trough (such as Tucuruí, Belo Monte, Jirau and Santo Antônio), whose pluviometry regime is complementary to that of Guyana – the station with the highest incidence of rain and hydroelectric production are different in the south of the Amazon and in the northern Guiana shield. Brazil could sell energy in the period of greater production of Belo Monte and buy in the months when its production is insufficient.

This movement would be decisive to generate economic interdependence and link the development of the Guianas to that of Brazil. Due to the expansion of oil production, Guyana will be the only country in the Americas with economic growth this year. Brazil, however, accounts for less than 2% of all Guyana’s exports and imports. This very low economic presence of Brazil also occurs in French Guyana and Suriname.

There are several positive experiences of Brazil’s energy integration with its neighbors.

There are several positive experiences of Brazil’s energy integration with its neighbors. The construction of the Itaipu hydroelectric plant has definitely linked Paraguay to the state of Paraná, the Brazil-Bolivia gas pipeline (Gasbol) has made Brazil Bolivia’s largest commercial partner in both imports and exports. The nuclear cooperation between Brazil and Argentina was decisive for the expansion of relations between them, which allowed the creation of Mercosur. Before these projects Brazil was not the main economic, commercial or political partner of either of these three countries.

Until 2023, Annex C of the Itaipu Treaty will be renegotiated, obliging the sale of Paraguayan excess energy to Brazil until the debt for the construction of the binational hydroelectric plant is paid off. Paraguay is entitled to 50% of Itaipu’s total energy (it consumes just over 10%, which corresponds to almost 90% of its internal demand). Soon, Paraguay will have paid all the debt and will be able to sell the part of the energy it does not consume to other countries, such as Chile.

The 1999 agreement to supply gas from the Bolivian state-owned company YPFB to Petrobras via Gasbol received an additive in 2020. The purchase and sale obligations between the two state companies have decreased and other Brazilian companies have been allowed to use the infrastructure to buy gas directly. While Brazil increases its natural gas production and can import less, Bolivia has more surplus to export to other markets.

Over the past three years, South America has experienced an unprecedented period of falling trade between its countries and crisis in regional governance. Fragmentation is intensifying both among and within countries. If five years ago 17% of Brazil’s exports went to neighboring countries, in the first half of 2020 it was only 10%.

The primaryzation and specialization of South American exports and the deindustrialization of its main economies (Brazil and Argentina) in recent years make it difficult to resume intra-regional trade in the short term. For regional stability, it would be important to recover positive agendas that could benefit all countries and generate greater complementarity and interdependence.

During the Union of South American Nations (Unasur), between 2008 and 2018, there were debates among the twelve countries of the region to promote energy integration. A regional energy treaty was negotiated, although not formalized, which would be the basis of a South American energy market.

In 2001, Brazil went through a widespread energy crisis, much more serious than the current one, which is concentrated in a single state. In the following years, the country’s energy planning was restructured and the system strengthened with the construction of new hydroelectric plants and significant improvements in transmission and interconnection of different networks. However, the states of Amapá and especially Roraima are still vulnerable.

The energy crisis in Amapá should lead to the resumption of the discussion on a South American energy market, necessary both from the standpoint of energy security and for political and economic stability in the region.