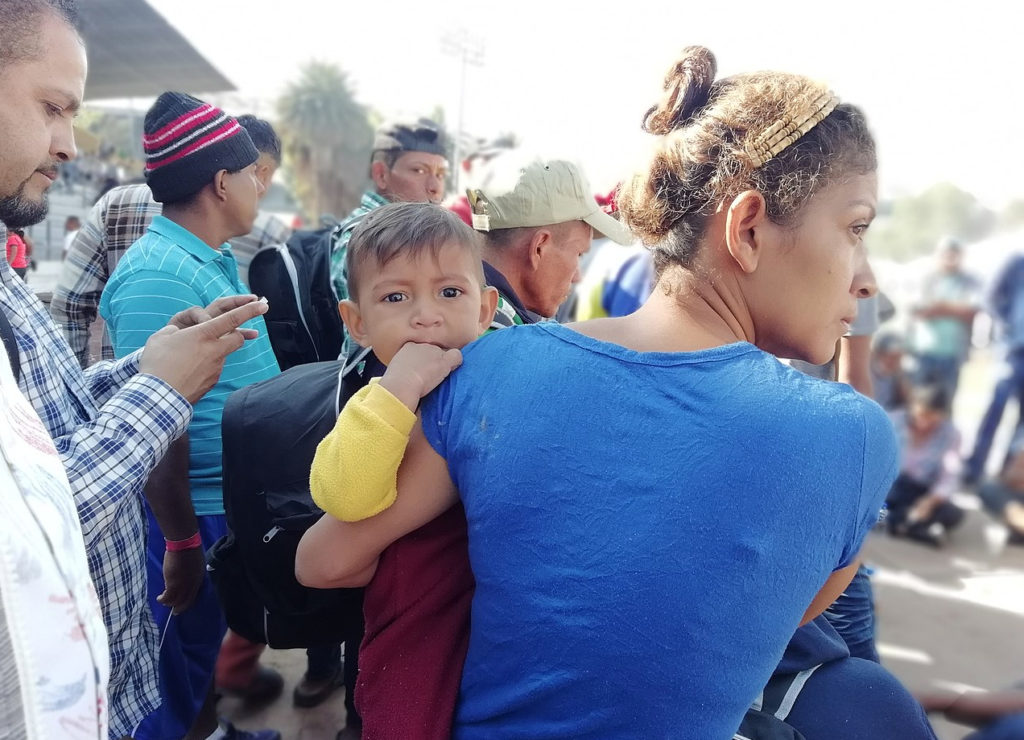 On January 15, he started the most recent of the so-called “caravans,” exoduses or long marches to the United States intended to reach their destination in the context of the inauguration of Joseph Biden’s government. Some 1,000 Hondurans began their journey and entered Guatemalan territory. However, the caravan was violently contained by Guatemalan security forces, under the argument of migratory irregularities and sanitary reasons. Although a few managed to reach their destination, most of the members of the caravan had to return to their country of origin.

Following this latest episode, on March 1, Presidents Joseph Biden and Andres Manuel Lopez Obrador held a virtual meeting. After addressing bilateral issues such as the evolution of the T-MEC or the management of the pandemic in the border region, the leaders discussed the sensitive issue of mixed migratory flows in recent years, especially from Honduran territory. The caravans are real exoduses of entire families, unaccompanied children and adolescents, unemployed, environmental refugees, LGBT people, people with disabilities and migrants from other countries in the continent and the world.

The origin of the caravans

The caravans or mass exoduses of Central Americans bound for the United States became more visible starting in October 2018. The first caravan, called anonymously on social networks, left from the Honduran city of San Pedro Sula and was subsequently swelled by migrants from other Central American, Caribbean and other nationalities.

The caravan emerged as an innovative migratory strategy that sought, through collective action, some protection and security for its members during the long march through Guatemalan and Mexican territory towards an uncertain “American dream”.

From the perspective of the migrant-sending countries, the caravans have been – and continue to be – provoked by structural causes such as social injustices, exclusion, unemployment and underemployment, violence, patriarchy and criminality. They are also caused by conjunctural causes such as the socioeconomic and health effects of the Covid-19 pandemic and extreme climatic phenomena such as hurricanes Eta and Iota that devastated Central American countries in November 2020.

Link between excessive corruption and emigration

In the case of Honduras – the main country of origin of caravans or exodus – it is necessary to add the institutional collapse and the serious deterioration of the quality of democracy generated by numerous cases of corruption, capture of the state apparatus and even transnational crimes committed by officials of the government of President Juan Orlando Hernandez.

Indeed, there is a link between excessive corruption and the massive emigration of Hondurans. Recently, a report by the National Anti-Corruption Council of Honduras stated that “corruption causes migration among Hondurans as time goes by, mainly losing access to public services that have been reduced and even stolen from the people”. In addition, the lack of jobs influences people’s gaze “to look towards other nations, whose standard of living and quality of life are high and attainable, even migrating in an irregular manner and under high-risk circumstances.”

Coincidences between Biden and AMLO

In this context of macro-regional migratory and humanitarian crisis, the at least rhetorical convergence between Biden and AMLO is good news. According to the joint statement issued from the aforementioned presidential meeting, the parties proposed to “discuss mechanisms for cooperation on migration and advance joint efforts to promote development in southern Mexico and the Northern Triangle of Central America.”

The declaration also recognizes the contributions of migrants to the different countries of origin, transit and destination, and the leaders would have committed “to promote migration policies that recognize the dignity of migrants, as well as the imperative of orderly, safe and regular migration.”

The leaders further agreed to “collaborate in a joint effort to address the root causes behind regional migration, improve management and develop legal avenues for migration.” In such a bilateral and multilateral effort, the governments of both countries, along with their Central American counterparts, as well as civil society and business actors, could promote economic development, fight corruption, and cooperate in law enforcement.

From the perspective of defending the national interest of both countries, as well as humanitarian considerations, this step forward by the Biden and AMLO governments could be supported by other social, political, economic, environmental and academic actors with ties and interests in the issue. The formulation and implementation of public policies that promote social and environmental development, and that raise the quality of democracy in southern Mexico and Central America, are truly urgent, necessary and pertinent.

The search for new horizons

Individuals, families or collectivities decide to leave their country and undertake a risky, dangerous and uncertain journey only when they reach the unhappy conclusion that they will not be able to realize their projects and dreams in their own country. This becomes a powerful incentive to seek new horizons abroad.

And although migration -particularly refuge- is an alternative and even a right, certainly the massive exodus of human resources ends up being a virtual hemorrhage of labor force for the countries of origin. It is also a political-administrative, labor and social challenge for the countries of transit and destination.

There is an opportunity to restart a more effective, constructive and supportive political-diplomatic and societal dialogue between the United States, Mexico and Central America. The tripartite dialogue of the Puebla process -formerly known as the Regional Conference on Migration- was practically abandoned during the Donald Trump administration. The reactivation of this consultation and coordination mechanism could certainly contribute to defuse the current humanitarian crisis represented by the caravans of the last three years. Only reformist, comprehensive and fraternal public policies can definitively solve the problem.

Researcher-Collaborator of the Department of Latin American Studies at the University of Brasilia. (UnB). Doutor in History. Specialized in issues about quality of democracy, international politics, human rights, citizenship and violence.