The risk of a chronic state of crisis in Peru is that it would normalize the absence of long-term public policies, the absence of structural reforms, and enable the continuity of problems in the institutional design that, while not the only cause of the crisis, are not addressed to contribute to its solution. Since July 2016, there have been five presidents; two of them resigned and one was vacated for permanent moral incapacity. There were three Congresses, which were dissolved at different points in time. These are clear symptoms of political instability. Additionally, three key sectors during the COVID-19 pandemic had recurrent resignations; there have been thirteen Ministers of Health, fifteen Ministers of Interior, and ten Ministers of Economy and Finance during this period of time.

Castillo, like his predecessors, is a president representing a party with a legislative minority in a context of unrepresentative political parties. As an example of this, he registered with Peru Libre months before the elections to be a candidate for the presidency.

This rapid deterioration is largely due to improvised and unfeasible announcements, a lack of transparency, and signs of corruption. However, the biggest factor is the government’s appointment of inexperienced Ministers and authorities, who are then questioned for their apparent unsuitability for the positions. A perfect example of this is case of the third Cabinet led by Congressman Valer, which lasted for only three days.

Valer was accused of domestic violence and had previously been investigated by prosecutors for corruption. However, the appointment of the new Cabinet has not solved the crisis, among other reasons, due to the prevalence of Ministers who possess a manifest lack of suitability and are under investigation for acts of corruption. The case of the Minister of Health is symptomatic, as the medical association has called for his resignation for practicing without specialization, promoting the consumption of a product without scientific evidence, as well as for being under investigation for corruption. The dismissal and resignation of expert officials has generated great concern in several sectors as it weakens what little institutionality that had already been built.

On the other hand, the unicameral Congress is extremely fragmented. Ten parties obtained representation. They were organized into nine parliamentary groups. The government bench obtained the first majority with 28% of seats. However, it was not a cohesive bench; in seven months it was reduced to 25% of seats. According to various sources, there are different factions within the government bench. However, Castillo has managed through his cabinets to build a parliamentary support greater than the 44 votes that would shield him from an possible removal due to permanent moral incapacity, for which two thirds of the votes are required.

The paradox is that the Congress elected for the period 2021-2026 has the record of the highest number of women parliamentarians at 38%. In parallel, the participation of women in the executive was substantially reduced, from 36% in the last cabinets since 2016, to 15%. But it is not only a matter of numbers. Minister Valer’s case of family violence was described by another Minister as “personal matters,” admitting that the same also had a process. The silence of the President and the absence of a strong statement ruling out the participation in the government of those who have been prosecuted for this crime only adds to this.

The President has been elected until July 28, 2026. In Peru, it is expected that the presidential slate will include two vice presidents. The first Vice President, Dina Boluarte, has a constitutional complaint for violating norms that limit the hiring of her relatives to official postions in the State. The second Vice President could not register his candidacy due to the fact that he is subject to a first instance sentence, which prevents him from running.

The proposed solutions to the crisis involve the appointment of a President of the Council of Ministers who has the support of the citizens and the confidence of the Congress to help lead the government. This is not free of problems because in Peru the President is, according to the Constitution, head of state and head of government.

A second distant scenario is that the President resigns or that the Congress passes a motion for removal due to permanent moral incapacity. Due to the limitations and challenges that the institution has, it is not a proper impeachment.  In the case of a successful vote, 87 votes must be obtained. In the event of a successful vote, the constitutional succession falls on the first Vice President, who concludes the President’s term of office. If the first Vice President is obstructed, the President of the Congress takes over and calls for elections. In light of the silence in the Constitution regarding the nature of these elections, it is argued on one side that they should only be presidential, while another side believes that they should be general.

The Cabinet must request a vote of confidence within thirty days of its appointment. If it does not obtain a majority of votes, it must resign. If Congress denies confidence to another Cabinet or rebukes it, President Castillo may dissolve Congress.

With this agenda, the debate for a political reform that improves the institutional design, eliminates the prohibition of parliamentary reelection, regulates impeachment, and puts locks to the dissolution of Congress, among other measures, has been left unfinished. On the other hand, there is a need for structural reforms to reduce the growing informality, to create public policies to reactivate the economy and generate formal jobs, address citizen security and the environmental emergency, and bring about the return of students to classes. The chronic political crisis affects the country’s governance. 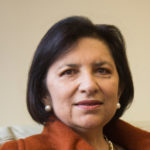 Lawyer and political scientist. Professor at the Pontificia Univ. Católica del Perú (PUCP). Master in Political Science from the same university. Member of the High Level Commission for Political Reform. Specialized in constitutional and parliamentary issues.