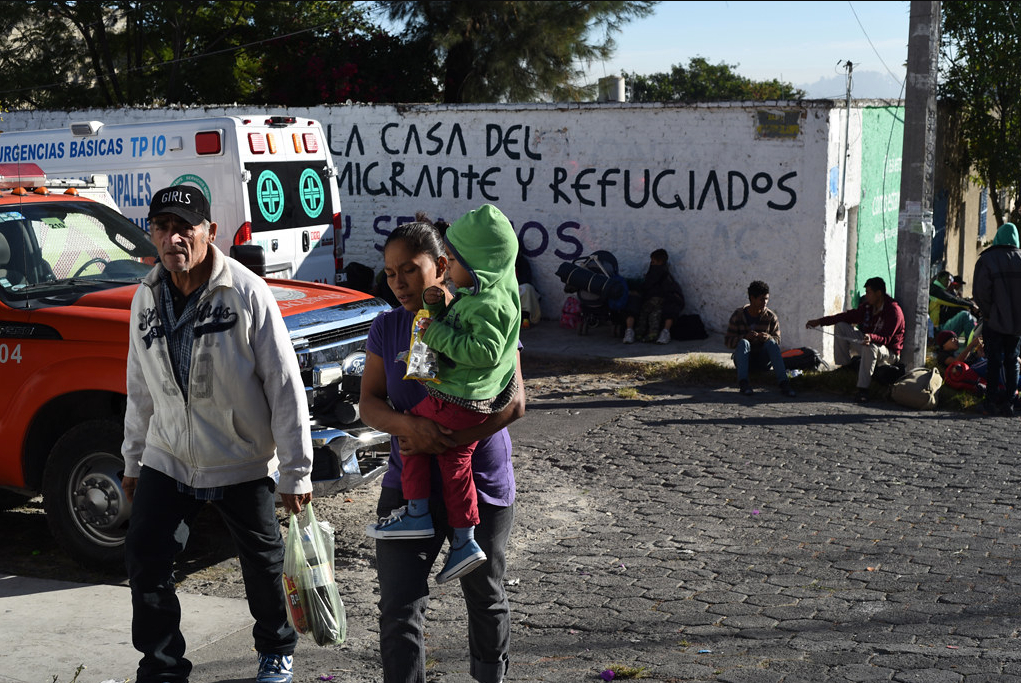 In 2019, the Trump administration pressured Honduras, Guatemala and El Salvador to sign bilateral agreements to whitewash the expulsion of those seeking protection from U.S. authorities. Under the false premise that they would be eligible for international protection, the agreements laid the groundwork for immigrants to be transferred to one of these countries, pending resolution of their cases.

The agreement was a resounding failure and Guatemala was the only country where it was executed. During the few months of its implementation, the United States referred some 900 asylum seekers to the United States. However, given the risks the migrants faced during their wait, more than 95% were forced to return to their homeland, from which they had fled for their lives.

The Asylum Cooperation Agreements (ACA), widely criticized by the oppositions in the three countries, were known as “safe third-country agreements”. However, this was a euphemism to prop up the restrictive and exclusionary policies of the Donald Trump administration towards irregular migrants.

The unviability of these agreements was notorious from the very moment they were signed. Due to Washington’s demands, which were neither diplomatic nor appeasing, the Central American governments had to reluctantly accept the agreements. However, it was precisely from these countries that the migrants were fleeing. It is in these countries that the greatest human rights violations occur and where the respective socio-economic and political contexts determine massive emigrations. Especially from Honduras, the birthplace of the sadly famous caravans that began to leave the country in October 2018.

In this sense, those agreements became one more step towards the dismantling of the international protection of refugees, exposing them to human rights violations and, consequently, to serious risks to their lives and integrity.

At the beginning of this month of February, the Biden administration has decided, among its first measures regarding the migration phenomenon, to annul these useless and abusive agreements. A good decision, according to sources such as CEJIL (Center for Justice and International Law), which has always opposed these agreements as a serious threat to the human rights of refugees.

According to Secretary of State Anthony Blinken, the US government is thus taking the “first concrete steps towards greater partnership and collaboration in the region”, in line with the new immigration policy outlined by President Joe Biden, who since he arrived at the White House has been dedicated to dismantling Donald Trump’s immigration policy.

“Consistent with the President’s vision, we have notified the governments of El Salvador, Guatemala and Honduras that the United States is taking this action as efforts begin to establish a cooperative and mutually respectful approach to managing migration in the region,” Blinken added in an official statement.

Experts anticipate that this cancellation could generate false expectations among the populations of the Northern Triangle, which could interpret it as an opening of the U.S. borders. Nothing could be further from the truth. The new policies may not be as restrictive as those issued from Washington in the last four years, but they will not be as permissive as many believe in these punished Central American lands.

It is inferred, according to other initiatives, such as the Engel List, that the Biden administration’s perspective will be comprehensive, seeking to assess the real causes of migration from these three countries, while respecting international agreements.

For the time being, an economic contribution of four billion dollars has already been approved for the region, to be disbursed during the four years of his administration. This would seek to create more opportunities for the population of the Northern Triangle, thus avoiding massive migration to the north. However, it should be noted that the regional economic crisis, with the subsequent lack of jobs, is not the only reason for emigration. The violence generated by common and organized crime is also a major reason.

Likewise, according to what was stated by the Democratic Congresswoman Norma Torres, of Guatemalan origin, the current administration will focus especially on combating the prevailing corruption in the region as a cause of migration. According to this reasoning, the corruption of the de facto and institutional powers in the three countries generates the diversion of money needed to improve the living conditions of their citizens.

It remains to be seen how far the current occupant of the White House will go in addressing this issue, to see if the expectations raised are justified or not. Considering Biden’s personal history, it could be a vain illusion.